Sometime this month Microsoft is planning to release their highly anticipated Windows 8 operating system for alpha or beta testing. This means two... 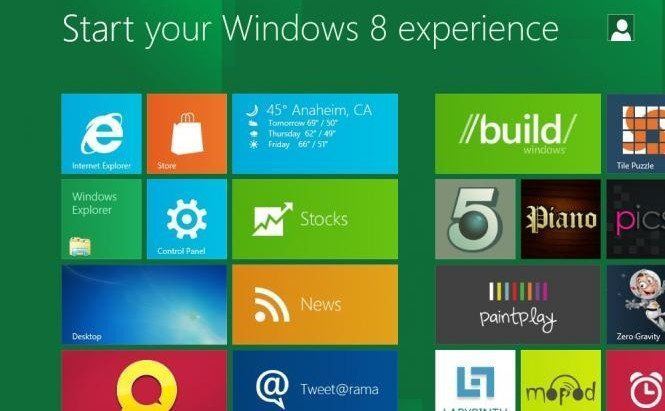 Sometime this month Microsoft is planning to release their highly anticipated Windows 8 operating system for alpha or beta testing. This means two things:

Following Apple and Google's steps, Microsoft should soon release their own, proprietary app store – a one-stop shop for all of those new apps. We guess, Microsoft Office 15 will be the very first suite featured in that store. But there is enough time before summer to make sure that it is not the only application in that store.

Let's kick it back and see what Windows 8 brings to the table.

Windows 8 will be available on tablets, laptops, and PCs.The rumor is that Windows 8 will support ARM processors, but it could be just a rumor, since Intel is working hard to enter mobile SoC architecture to be used for phones and tablets. Also:

Windows 8 may run on your older computers, those that used to run Windows XP (with loss of some key functions, though), which means no need to cash out for brand new hardware. I can't wait for Windows 8 to come out!

Update: Windows 8 will run on ARM processor systems, while legacy applications will not run on those systems. But they should run on Intel-based architecture devices. Still no precise word on pricing and the release date.

I do want to have Windows 8, as well. Especially, I like the speed it's going to work and the opportunity to get entertained and updated all the time. The question is: can it be run on Windows 7?

It looks great, the colorful squares design is the best part for me, I do think it can be greatly easy and random to use it. Hope to get the new OS soooon.