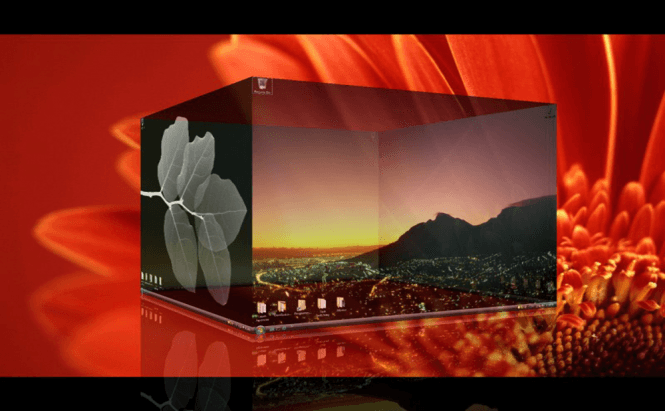 The most recent rumors and leaked information about Windows 9 hint that the soon-to-come operating system will finally offer support for virtual desktops. Furthermore, the dreadful (personal opinion) Charms bar will no longer be present for the desktop version of Threshold. This could mean that Microsoft has decided to focus on a desktop-centered UI instead of the Metro style interface introduced by Windows 8, which appalled so many people.

For those of you who don't know, virtual desktop is a feature related to graphical user interface (GUI), which expands the virtual space of a desktop beyond the limits of the screen's display. In layman's terms, this function allows you to quickly switch between multiple desktops, each with their own shortcuts, background images, running applications, etc. Since some operating systems (e.g., Ubuntu and Mac OS) already provide support for virtual desktops, it is about time Windows introduces this feature to its customers.

In case you've never seen the Windows 8 interface, the Charms bar is a metro sidebar that required the user to move the cursor to the corner of the screen and then carefully navigate the narrow area of the bar to desired button (Search, Share, Start, Devices or Settings). If you are using a tablet or smartphone, this feature is quite awesome as you can comfortably access an important menu with your thumb. However, when you are using a mouse and keyboard controlled computer, the function becomes completely pointless and even annoying at times.

In my opinion, the approach that Microsoft is taking with Windows Threshold is the right one. The Metro style UI sported by Windows 8.1 made a lot of clients (me included) stay as far away from it as possible. Honestly speaking, why would I want my computer to look like a touchscreen device? If that was the case, wouldn't it have been easier for me to simply buy a tablet or a smartphone?