Do you know how sometimes you have to test one or more programs to see if you like it? If you do it on your regular system your computer may get... 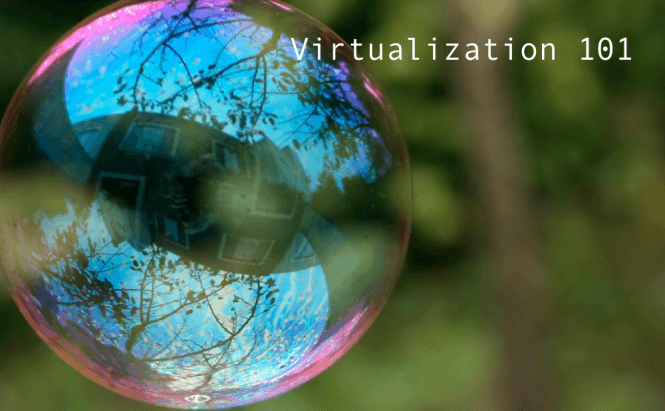 Do you know how sometimes you have to test one or more programs to see if you like it? If you do it on your regular system your computer may get infected with viruses and spyware. And I do not need to tell you how bad it is to get infected. Most of the times, viruses and spyware cause you minor annoyances, but in other cases they can steal your passwords, bank account numbers, or let bad people use your computer to send spam or access your personal information on your hard drive. If only there was a way to test your software in an isolated environment and only then install these tested programs on your main machine. There are two ways to do so. First of all, you can browse for programs on software.informer. All of the linked downloads on that site are checked by an external antivirus and spyware services and are clean of viruses and spyware, otherwise downloads are clearly marked as potentially harmful, so you do not even need to try them. Through the reviews, screen shots and video tutorials you can see your program of interest in action, but if you would like hands-on experience then this article is for you. Virtualization 101.

Only a few years ago, consumer PCs could barely handle running only one operating system at a time let alone two. Therefore, the predecessor to Virtualization was dual booting. You could set up two independent sessions on your system and use one for testing your software, the other one as your primary operating system. This is a very annoying way to test the software. Booting into an operating system could take up to five minutes, and you have to live through doing that at least twice! Also, even though the ideal environment for software testing is an isolated environment, you would want a way to share files with your main system. This is extremely convenient when dealing with files that are of a huge size. But for years people had no other choice but to use this method for software testing.

The technology advancements in the recent years allowed developers around the world to revisit the idea of virtualization. At that point, the developers could only take advantage of the increased computing power of personal computer for software emulation versus hardware emulation. I believe, this is a good time to step back and explain what the heck am I talking about.

Virtualization is a way to emulate basic functions of an operating system (in reality it is a computerâ€™s basic input-output system, but for the sake of simplicity weâ€™ll leave the OS), so a user can execute certain code on their machines. There are two types of virtualization (or maybe even more) in todayâ€™s computing word: the software emulation and the hardware emulation. Software emulation uses your existing systemâ€™s resources to execute code in an isolated environment. If you are low on RAM, your video memory is meh, and your cycle clock (processor) is from 1980s, then forget about it! Your system wonâ€™t be able to handle the requests, and probably will crash. Computers with multiple processing cores (one processor but it acts like as there are actually two or four of them on one chip) will handle software emulation but it is still not the ideal way to test your software. But there is also hardware emulation. Hardware emulation allocates systemâ€™s resources to specifically run an isolated environment on your system, the guest operating system. The host operating system (your main one) should not have any effect on its performance when a guest operating system is running, given your RAM and VIDEO card has enough memory, and your motherboard and its processor supports virtualization. If your system does not support virtualization on the hardware level then the hybrid mode of hardware and software emulation will be used to run guest code. You will definitely feel when this is happening as everything will slow down considerably.