Top 10 Computer Related Mistakes That Can Get You Fired

Even if you're not a programmer or an IT technician, mistakes you make on the work computer can get you fired. Here are the top 10 reasons. 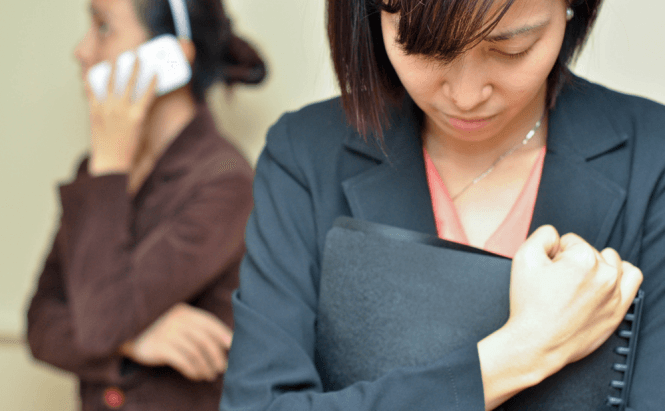 Top 10 Computer Related Mistakes That Can Get You Fired

In today's economy, people get fired all the time. Even a lot of good employees get let go because their company needs to downsize and make budget cuts. This is why you would probably really regret if you make a stupid mistake that gets you fired. Since today most of the jobs revolve around PCs, computer-related mistakes can get people sacked more often than you might think. Here are the top 10 things you shouldn't do if you are an employee who likes or needs to keep his / her current workplace.

Facebook, Twitter and other social networking websites are a great place to make your feelings and opinions known. However, they can affect your career just as much (if not more) as your actions in the real life do. If you think that what you post on your private profile is your own business you may be partially right. However, public opinion will judge no matter where you shared your thoughts and if your workplace doesn't want to be associated with your image you will get fired. Just recently an English teacher from Texas got fired for posting a racist and offensive Ferguson-related comment on Twitter.

This happens very rarely, but when you somehow manage to stop your company from performing its regular work for more than a day, you are almost guaranteed to be sacked. How does this happen? If you are not from the IT department, you must be really unlucky to achieve such an accomplishment. Basically, you can only do this either by using a third party device such as a USB flash drive which is infected with some really nasty malware or downloading a malicious software from the Internet. Most often you will not have access to do any of these two actions, but if you do, be very careful about what you bring or download at work.

You know what happened to the boy who cried wolf too often, don't you? If you need a computer to do your job, you'd better learn how to handle the smaller stuff, because not every little incident is work impairing and you don't need to call someone from IT every time. Picking up a few things about how to repair or bypass certain errors can even make you an asset at work. Furthermore, not every little problem is the biggest one, so you don't need to get too alarmed when asking for assistance in case your display doesn't start up or you no longer have access to the Internet. 7. Not taking responsibility for your actions

This should probably be ranked higher on this list, but understanding this issue will eliminate the need for additional explanations on some of the following topics. When you are at the workplace, everything you do on your computer can be (and probably is) monitored. Especially if it's Internet-related, every website you visit will first go through the server which happens to keep logs about the activity. If your boss, the audit or the IT guys think that you are doing something suspicious, it only takes them a few minutes to check it out. So if you did something wrong like visited a website you shouldn't have, unintentionally downloaded software, etc., you will be better off confessing and admitting to it. They will find out it was you anyway, and (in this case) your honesty might be appreciated.

When testing a new program/system/project, you shouldn't use real data, especially if the information in questions is confidential. Even if it's much easier to use the data you have than to make up some new information, this action can and probably will get you fired. Test programs aren't protected as well as the ones in use, so the sensitive data is easier to steal. Furthermore, test projects usually involve cooperating with third parties which could easily leak the real information that you've been using. If you work in the IT department, then I don't even need to explain, but if you are just a regular employee who chooses to ignore a security threat who later turns out to be critical, you will more than likely be fired. So, if you see any kind of security notifications, let the guys in IT or your manager know. Furthermore, if you got infected by accident with some kind of adware or other type of malware, it's better to report it as quickly as possible even if it doesn't seem to be terribly aggressive. If given enough time, the smallest threat can become a huge problem.

4. Using work passwords on the Internet for your private accounts

When it comes to security, your work life and your private life need to stay completely separated so that you don't pose a security risk to your company. For a hacker, it is a lot easier to steal the passwords from your personal accounts, than your work ones. Furthermore, it is a lot easier for an individual to get targeted by a hacker than it is for a company, so why should someone who is after you personally also be able to affect your work life? If you are using the same (or almost similar passwords) at work as well as at home, change them as soon as possible and hope that no one finds out. 3. Using the resources available at work for your personal needs

At one point or another we've all used some of the resources available at work for our private needs: utilized a work computer to check on the flight information for the weekend trip that we planned, used a work phone to call a family member, etc. However, there are certain situations, especially when your workplace gets you access the information most people don't know, when you will get sacked for this reason. I recently read in a magazine about a guy who worked as an IT technician in a hospital. After hearing rumor about a certain celebrity being treated in the building, he performed a database search to check it out. A couple of days later, the information that the VIP was in the hospital leaked to the press and the management asked for the data about those who performed a database search for the celebrity name. Even though he never divulged the information to anyone else, he and every other person on the list got fired.

2. Spending more time procrastinating on the Internet than actually working

This is one of the most often occurrences and it generally happens over time. If distracting websites like YouTube, Facebook, Twitter, 9gag, etc. aren't restricted at your workplace and you spend too much time on them, you will probably end up being let go. As I stated before, your online activity is very easy to verify and any audit can easily see you've been more occupied watching funny videos or being social than actually doing your job. Spending too much time on Internet distractions could be a problem even if you do your job properly, as management may consider that you have too much free time so you can work more or that you are setting a bad example for your coworkers. 1. Sending e-mails to the wrong person

I know it sounds stupid, but it happens quite a lot, so be sure to check the address before hitting that send button. Once it has left your computer, there is no way the get back the e-mail that you've sent. What happens frequently is that co-workers diss their boss through e-mails but end up sending the text to the wrong person: either to the boss boot-licker or to the boss himself. Another version is mistakenly sending of personal e-mail (either hateful or embarrassing) to your boss or to a client. If he or she believes that it was an honest mistake, the boss may let you off the hook, but if your error alienates a client, you will very likely pay for it with your job.

Previous story Function Keys: From F1 to F12 Next story Microsoft Is Rolling Out an Overhauled Skype 7