You're Fired: We've Hired an App

A lot of people think of me as a half-hipster with snobbish manners, whose greatest pleasure is to chew on the fatty foods while discussing another... 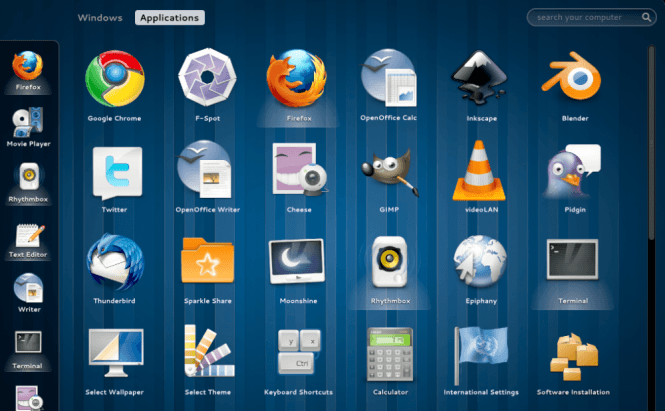 You're Fired: We've Hired an App

A lot of people think of me as a half-hipster with snobbish manners, whose greatest pleasure is to chew on the fatty foods while discussing another imminent threat to the democratic rights, anything about the job market, and suffragist movement, which has been brought by the recent technological developments.

Well, basically, these people are right. I really love talking about all that stuff. Just take a look at some of my previous pieces: the all-pervasive surveillance system, the increasing similarity between large IT corporations and real states, and the possible downfall of the so thrilling and fascinating Web as we know it, caused by Facebook's growing appetites.

Several notable tech and economy bloggers debated about the future of job automation sometime last week, which proves I am not alone in my love for macabre tech topics. Steve Lohr from Economist, Tim Worstall from Forbes, Jon Evans from TechCrunch and a whole bunch of other VIP people from all over the IT world were discussing the matter that could make all of my previous concerns look like a little boys' fears that his parents forget to pick him up from school.

At the center of the prominent bloggers' attention was how the increasing automation of all job processes 'threatens to supplant the brain-power of large swathes of middle-income employees'. Put in a more direct way, they all talked about whether and how machines will destroy the middle class.

Of course this phrase would sound more appropriate in some sci-fi action film by the Wachowskis, but just consider how much work is done nowadays by your software and gizmos: they have advanced so far that they can even act as your personal assistants or provide you with the latest information about a food joint you're going past somewhere on the street. And you know, I won't be very thrilled if in a couple of years Samsung or Nokia devices will be able to make foie gras or will have better moves than Shakira.

And of course we all know, what is brought along by technological advances: people with certain qualifications are made redundant. Who needs another John Doe with a significant expertise and lifetime experiencing in hammering, if there is a wonderful steam hammer, which will never join any labor union or ask for a day off?

Similar transition from manual workers to automated devices took place in Britain at the beginning of the 19th century. This uneasy time was marked by numerous uprisings of the Luddites, who rightly believed that the then newly introduced automated looms would chop the jobs for the skilled textile workers. 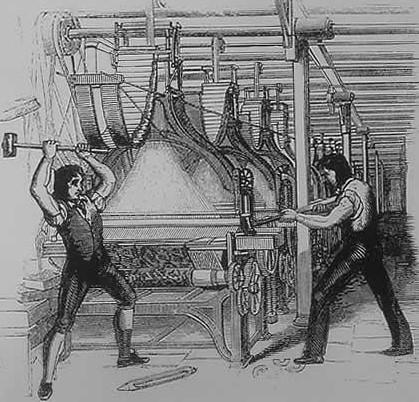 The Luddites: Is the same Awaiting Us

As time passed, the dismissed textile workers were followed by the bulk of other menial workers. When Henry Ford invented the assembly line at the beginning of the previous century, the number of the blue collars was again dramatically decreased. The industrialized countries ceased being so industrialized and turned into 'nations of clerks'. The number of 'the clerical and kindred workers' reached its peak in the early 1980-s, when they accounted for 19.3 of the United States population and were by far the largest employee group among the U.S. population.

Then IBM, Apple, and Microsoft came up with their revolutionary ideas and views on informational technologies, and the machines started to drive out the white collars. With 17.4 percent, the clerks still constituted the largest employment group of the U.S. population in 2000, but many tech highbrows believe their reign on the job market is already doomed.

The major argument of the pessimistic oracles is that it's been two years since the U.S. big recession of 2008-2009 officially ended, but the American unemployment rates are remaining at the intolerably high 9 percent mark. Martin Ford, Arnold Kling and hordes of other respectable experts maintain that the reason for this is not in the sluggishness and/or recessiveness of the U.S. economy, but rather in the changing nature of the job market, where employers prefer future counterparts Siri to real-life personal assistants or those of NaturallySpeaking to stenos.

At the end of the day the office workers will not be completely replaced by automated devices, just as the menial workers did not leave the job market stage altogether. The white collars will just degenerate to a supporting personnel role, getting significantly less money then they are being paid nowadays. And that's the case only if they make it into the decimated ranks of the middle-class workers: even today, the pace at which new software is developed is so great that the new technologies are eliminating more and more jobs without substituting them with new ones.

Let me give you two little examples.

This fall two Stanford professors carried out a conspicuous experiment, giving an online course in artificial intelligence. Their lectures attracted the audience of several thousand people from all over the globe. And now imagine that the use of Skype will become standard in the high education: guess, how many college professor are going to get fired?

Another bright example is the decrease in the college male graduates' average wages during the last ten years: they were axed by 14 thousand dollars per year.

It means that in several decades we can get a disturbing picture of a society, where the middle class will be virtually non-existent. People will be divided into the poor majority and the extremely rich IT-elite, without any well-off people in between.

On the one hand, this course of events is all but desirable for the most of us. On the other hand, I don't see any ways to do something about it, since the Neo-Luddite alternative would do no good to our world, which has become literally addicted to software. It seems, there is only one way to tackle the problem: relax and enjoy what you're having.

Middle class? You mean those parasites who wake up every morning and don't think of their mission, how to make the world better? They will always be, and will never learn again, until they wake up fired. Forever sticked to their hammers (which is their weapon indeed). But some migration between lower classes will never eliminate the middle one.

Your example: how many college professors gonna get fired? Just imagine how much brains will get free at that moment! They will invent something comparable to PC, for sure.

I think that we are facing anew Industrial Revolution. But I think that it will not be a disaster, after all.

The textile workers were replaced by machines, that´s a fact. But the new industries still need workers, which nowadays are better paid than the old ones. They enjoy vacations, they don´t work seven days a week, they can fight for their rights through the syndicates...

Yes, shure, there are no more kids sleeping in the factories. At least, in the part of the world that we live in.

I think that computers will no replace the people at the offices. I have never seen that, in 25 years. In my country, the people working at the offices had to learn to use computers. And they were not fired for two reasons: the money that the company will need to pay them and the experience they had. In many businesses, the computers can only cover a fraction of the job. Will you fire a skilled vendor because he can´t print an inbox? Or a bright professional because she does not use Excel?

Of course, computers can make the work easier. But they will NOT replace us. Consider the translations field. Do you know a machine translation program that can do a decent job? That software does not exist. Translators are not threatened.

The works that will be replaced are the less qualified ones. I think that factories will end with just ten workers, to push the buttons. But that workers will earn a lot of money, and enjoy better conditions. The people that is not going to be hired by the factories will not die. They didn´t die two centuries ago, they dedicated to other jobs. That´s evolution. We used to be hunters in prehistoric times. Now we are lawyers, architects, engineers...

The threat are those countries that have poor working conditions, like China, that can sell goods much cheaper than us, because they pay very little to their workers, and they don´t pay anything to the creators of the goods they sell. We must stop buying them goods that are cheaper because they do not play with the same rules. Of course, this is not easy. They are a third of the total world population, they have a really big power. What they buy can make a country rich. I think that the real challenge is to try to find a solution for this.