So after we've delved into the menus of obscure audio editors looking for chipped diamonds in the rough (and, sadly, not finding any: see 'Press the... 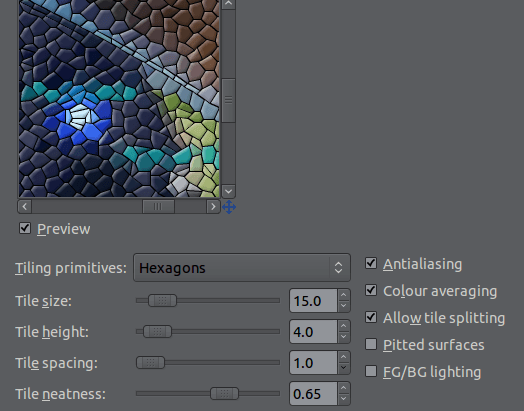 So after we've delved into the menus of obscure audio editors looking for chipped diamonds in the rough (and, sadly, not finding any: see 'Press the button... the other one' and 'Press the button... not that button either'), let's have a dig elsewhere and see if it simply was something in those programs' audial specialisation that made them so appalling design-wise. Could it be that graphics editors treat their visual side better?

Enter GIMP. Whose only difference from Photoshop, it would seem, is that it hasn't yet been verbified for use in phrases like 'I'll just gimp your photo and you'll be Marilyn Monroe again, no worries.' Here's hoping.

Let's keep it simple, shall we? I'm not expecting GIMP to create HDR photos for me with zero input on my part (although it actually can be used for that purpose, if with some magicks); I just want its basic features to be functional, so that I could concentrate on my occasional retouching routines. With this in mind, I load up a random picture and pick a random filter to process it with. See that tiny preview window in the upper left corner? Picture this: there is no way to resize it. You can stretch the filter window all you want, but that peeking hole will always remain the same size, still giving you just a rough idea of what your processed picture will look like.

Actually, scratch that. It only gives you a rough idea of what a tiny part of the processed picture will look like. You see, there is no way to zoom in to or out of that preview either, you can only pan it - so you end up scrutinising bits of your picture trying to compose them into a complete image in your mind. Or rather, you end up applying the filter, grumbling at the resulting picture, undoing it, invoking the filter again, fiddling with its settings, reapplying it, reundoing it... And this process is twice as ridiculous as the word 'reundo' itself.

That might have actually been a very minor problem in itself. After all, when you've worked with a program for some time, you've already got a specific list of settings for images of each kind - so you just save a bunch of descriptive presets, like 'Warmer portrait' or '60s look, use with sepia', and invoke them when they're called for. The major problem is, GIMP's filters don't support presets.

Yes, apparently, someone out there thought it's a good idea to let you save presets for those tools that require just two numbers in terms of user input (e.g. 'Threshold', where you just enter threshold values for shadows and highlights), but not for versatile filters with dozens of various parameters. Apparently, these work better with paper notes instead. To make matters even worse, there's no way to reset a filter to its default settings either. What you can do, is reset all filters to their defaults; but that looks more like a call of desperation.

Do it once. Do it once again.

There isn't much you can do in terms of optimising the workflow at all, actually. Suppose you've set up a number of filters by processing a sample image and now you need to apply the same filters with the same settings to a dozen of similar pictures. How do you do that in GIMP? By opening them one by one and applying each filter separately, silly! Batch processing itself aside, you know how Photoshop allows you to save a sequence of actions (from the actions history) as a preset, which you can then apply to any open image? Well, the only thing you can do with your history of actions in GIMP is clear it.

Then Iâ€™ll just tidy up

GIMP is a very well-meaning program as a whole, there's no doubting that. It can even import custom brushes created in Photoshop, as if it actually realises it can never be as extensive as its commercial 'big brother'. I just wish its constituent parts were unanimously well-meaning as well.

The good news, of course, is that you can help make it better! Photoshop however...

Except when we can't, of course. That is, if we don't count what we're doing here as helping make GIMP better (which I myself, in all honesty, wouldn't), we're basically doomed.

Meseems, there's a weird tendency in open-source applications (see if you agree): they're usually designed to best suit those people who actually *can* make them better - those capable of twiddling with source codes and visual templates, creating obscure configuration files (in UNIX encoding, of all things), recompiling, and what have you. The people whom those applications are primarily designed for, the regular users - they're usually left writing feedbacks, forum posts, blog posts (*wink-wink*), bug reports, etc. hoping there've been enough similar requests for the change to be considered important and worth implementing.

E.g. have you ever tried changing the shortcut for sending messages from 'Enter' to 'Ctrl+Enter' in Pidgin? There's no checkbox to tick in the menus - and the reasoning behind this is... 'We've told GTK+ that "Enter" is a reasonable default character to use to trigger the "Send" signal.' Reasonable. Uh-huh. That is, not 'most used' or 'voted for'. Fancy that. )

Indeed, the peculiar naming habits exhibited by the unsung heroes of the open-source community may pretty much be worthy of an article of their own. ScummVM, anyone?

What would you expect from an editor named GIMP. Whose name means: handicapped, feeble or limp.

Good one. )
But maybe GIMP is just an insecure teenager, with its name written in all caps and all.

Your software seems to be good in terms of the quality and presentation.