Google is well known for the quality of its mapping data. However, it is not always accurate.The question is whether we could entirely rely on the Google Maps service... 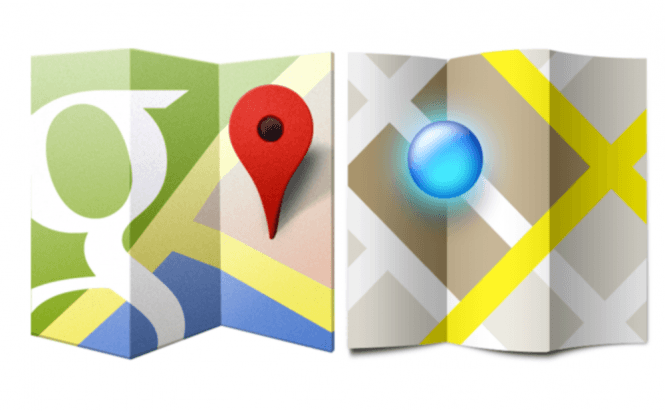 Google is well known for the quality of its mapping data. However, it is not always accurate. Many travelers may encounter difficulties when looking for a right route, namely they may loose their way, fail to find some places on the map. Sometimes it might even lead to some serious car accidents. Here are only some problems that might be caused by data mishaps of Google Maps or GPS.

In March of 2012, a group of Tokio students were trying to navigate on a road between two islands when suddenly they got stuck in the water. They claimed that GPS "...told us we could drive down there. It kept saying it would navigate us to a road. We got stuck... There's lots of mud.'' Here is another example: a 28-year-old UK woman ignored the warning signs on her way because she followed the satellite navigation system and drove her Mercedes SL500 right into the rain-swollen river. Fortunately, the people were rescued in these two accidents, but they were forced to spend significant amount of money to get their vehicles out of water.

There were lots of cases when people mistakenly crossed the border or even accidentally entered into private residencies due to some technical glitches of Google Maps.Take an example with tourists that have looked for an entrance to Round Valley State Park in New Jersey for the last three years, but they have got to the driveway of resident Laurie Gneiding. Even some measures taken by the owner like a 8-foot-long traffic barricade and a sign on a sheet: â€œNOT Park Entrance...Private Driveway... Google Maps is Wrong!â€ didn't prevent travelers from pulling into the residence.

More than that, some places on the Earth might surprisingly be 'erased' from the Google maps. This is where popular science fiction stories about the lost islands and cities may become true. For instance, Sunrise, Fla., disappeared as a victim of Google Map's black hole for a month last summer. People who looked for the city in Google Maps were directed to a neighbor one - Sarasota, Fla, some 200 miles apart. In addition, Sunrise's addresses and phone numbers were gone from the Web search results. In a while, Google fixed this bug and put the city back onto the map.

When traveling in unknown areas and having any difficulties in finding the right direction, you may figure it out by yourself or rely on GPS. Obviously, the electronic map system is very convenient to use and is being constantly updated. Anyway, to save your health and life, keep looking around and do not ignore warning signs on the road.

Should we entirely rely on Google Maps service?
View results

It can not work for GFive mobile phones. Please help me.

In September, 2013, I purchased a rural residence with acreage at the intersection of 2 dirt roads. When I went to order an Internet service, no one provided it even though the house right across the street, my daughter's, had AT&T. So I wanted a dish for satellite and they did not offer it. I knew something was wrong then so I started searching and found that Google Maps had me about 2 miles down the road in a pasture. Luckily, I never had to have an emergency vehicle. I notified Google and within a week they had it changed. I now have Dish Internet but hope to move to something cheaper when my contract expires.

The service is OK.

Hope it works in my region.

Google maps take you to the location closest to where it thinks your destination is on a map, even if where it takes you is on a completely different street than the one it is supposed to be navigating to. Addresses that have long driveways always do this so you might be able to see the building you are trying to get to but still might not be able to once the application has told you that you arrived.

You do realize that those two stories you first mentioned were due to Apple Maps, weren't they?

Nope, it was all about Google Maps service only.
Please check this information on another sources: http://www.ranker.com/list/9-car-accidents-caused-by-google-maps-and-gps/robert-wabash