Not with a Bang, but a Whimper

You don't come across a lot of applications whose usage guide reads, 'Start the application, then hit some of the buttons.' You just don't. You... 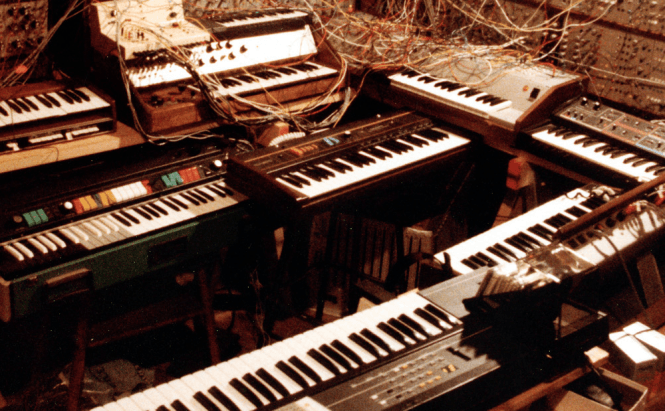 Not with a Bang, but a Whimper

You don't come across a lot of applications whose usage guide reads, 'Start the application, then hit some of the buttons.' You just don't. You expect your programs to impose certain constraints or rules upon you, something that would hint at which action helps you get the intended job done and which doesn't. Imagine if your newly installed web browser had no panels, no settings, no favourites, or anything else, but just opened a blank page with an address bar and said, 'Just type in a web address.' So you gaze listlessly at all this shiny emptiness, at all this immense freedom you're given, and utter, 'Have mercy! Give me something to start with!' The truth of the matter is, that's exactly what you're given.

The program whose usage guide I cited in the first sentence does exist, and it is called Sfxr. Its main (and, I daresay, only) purpose is to let you create sound effects for... for practically any project you may need sound effects in. Designed by DrPetter during one of the Ludum Dare competitions (where lots of people gather in one place to create games from scratch within just a few days), this program is intended to help game developers to generate sound effects for their games as fast and effortlessly as possible; but it's turned out handy enough to be used in a variety of other cases.

Press any key to succeed 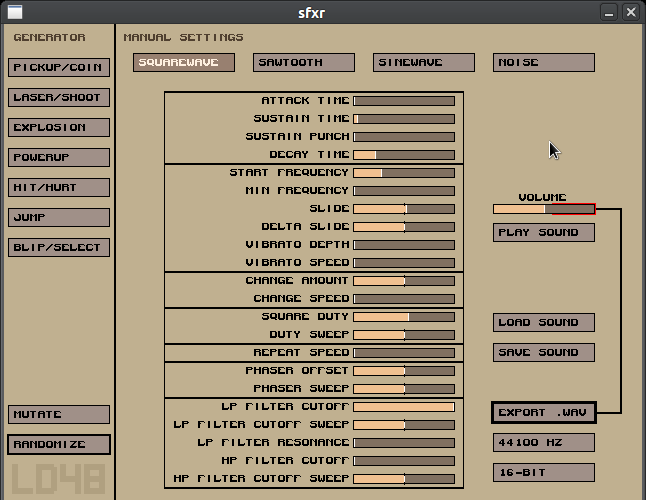 This is what you see when you launch the application. When you click those buttons on the left, it generates unique sound effects by randomising the parameters in the middle. And that's... basically all you can do with this program. You just pick the sound effect type and click on its corresponding button: 'coin' for your regular blips and chings, 'blip' for even shorter blips and chings, 'laser' for sweepy laser shots, 'explosion' for booms and badabooms, and so on - and if the first thing that springs to your mind when you hear the generated sound effect is 'No, this won't do,' you just click the same button again and get another randomised sound effect. Up until you make your fourth (or twenty-fourth) click and think, 'Wow, that's perfect! I should make a web site and use this sound in its menus!'

And if you end up thinking 'Blast, it's almost perfect,' then it's time to click on 'Mutate' (which randomises the current settings just a little bit) and fiddle with these parameters in the middle. Suppose you've created an 'almost perfect' laser shot (which is, essentially, a downward slide - so you can also use it for drop-down menus, for instance) and want it a bit longer and, well, 'heavier'. You press 'Save Sound' (in case you should change something that doesn't make you succeed) and start twiddling with the parameters one by one. A few seconds later, you just happen to drag the 'Sustain time' a bit upwards and end up with a longer sound. 'Aha!' you think and click 'Save'. Then you go on playing with the sliders and come across the 'Start frequency' and the 'Min frequency', which make you realise: the sound just sweeps from the former to the latter, so if you drag them both down, you'll get the 'heaviness' you're after. 'Aha!' you think once again and go on playing with the sliders for no apparent reason. Then you end up rewarded with some additional 'boominess' when you play with the 'LP filter cutoff' (which stands for low-pass filter cutoff) and some 'wavering' when you change the 'Phaser sweep' - and you feel like you've won something.

Add this to the mix

Being the inspirational tool it is, Sfxr has spawned a number of remakes of its own; and Bfxr is one of them. 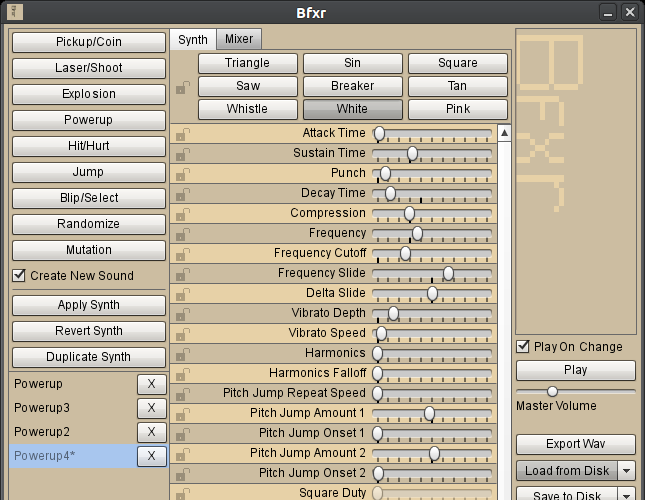 It's still pretty much the same program at heart, with the same 'Click on something' approach to creativity (which is what we loved Sfxr for, after all, isn't it?). You have probably noticed that it offers a lot more parameters for you to twiddle: several additional waveforms, settings like 'Harmonics' and 'Pitch jump', and so on; but that's not quite the edge over its forefather that it could boast about. Bfxr's real boon is that is has a mixer. 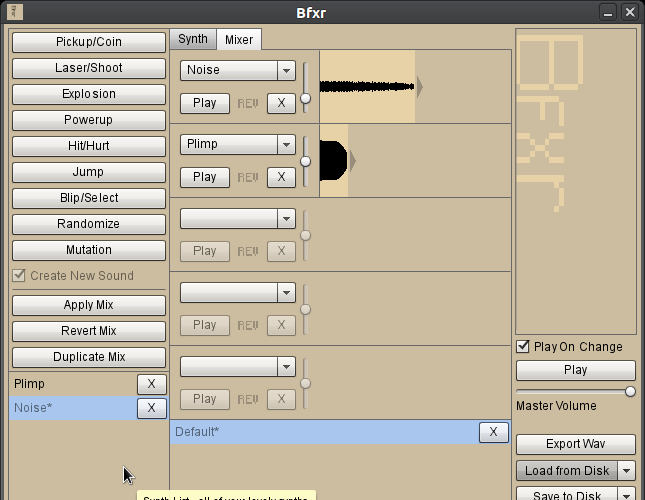 What do you do with this mixer? You cross-breed sound effects, of course! It's made for those special cases when you need a 'blip' with a bit of noise added to it for coarseness, or a laser-like slide with a bit of 'ching' at the start: you just create your two perfect sound effects and mix them into one uber-perfect sound effect. Or you just see how the two (or three, or five) sound together. This is where you can also reverse your sound effects (turning a laser sound into an impact sound, for instance, or softening the attack of explosions) and change their relative volume and position in the mix. All in all, even if you just want to add a bit of chorus to your sound effect, Victor Frankenstein style, this is the place to do it.

And after all that, you might want to think where you can use all those uber-perfect sound effects you've created. Isn't that inspiring?

From what I've read this is good not only for video games, but you can also use effects for like videos as well. I am going to piece together a video soon, and I might try out the latter program to add some cool sound effects to that video. Thanks!