We have to brace ourselves, because it's only going to get worse. 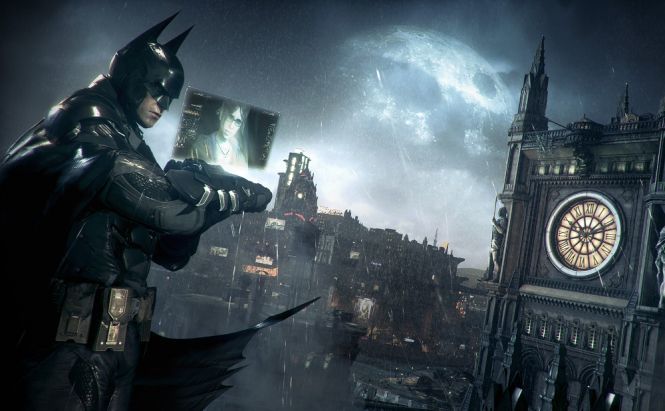 One of the most outrageous scandals in gaming industry has been casued by last week's suspension of sales of Batman: Arkham Knight, the long-awaited sequel in the Arkham game series, on Steam. This suspension was caused by horrendous issues with the game's performance on PC. It was almost unplayable, buggy, crashed every five minutes and had a locked framerate of 30 FPS, which could be changed only by editing the .ini file. It was later revealed that the PC version of Arkham Knight was merely a port of the console version outsourced to a third-party contractor. Many fans call this a spit in the face of the loyal fan base.

This is not the first case of Warner Brothers, the owner of Arkham license, paying apparently no attention to the quality of PC ports of their products. Earlier this year, Mortal Kombat X suffered the same problems. The game was barely playable and required many patches and fixes to be enjoyed.

This is not a recent trend. Last year's Dragon Age: Inquisition had some pretty nasty technical issues, and before that Battlefield 4 was a disaster at launch. Almost every MMO game these days starts out as an open beta, so that a botched release could be avoided. Almost every game available on personal computers has some performance issues or dangers of those. It seems that PC is finally succumbing to the curse of instability that was long prophesied to destroy it. Or is it?

I remember the same wave of terrible PC ports and poor optimization. Back then they also said that PC gaming is dying, and consoles are destined to rule gaming. It was a decade ago, at the dawn of a new generation of gaming consoles. The same generation that is now past. New games were developed with new casual platforms in mind, the entire industry concentrated on exploiting new grounds, and good old PC had left-overs of attention for dinner.

But then, as time passed, and young consoles became more mature, something happened. It turned out that online connection and operating systems in consoles allowed for patching of console games, a thing that never existed before. At that very moment, the tall tales about PC being inferior stopped. Developers no longer needed to polish console games before release, they could patch them, just like on PC. Technology changed availability, availability changed work ethics. The pressure dropped, and both PC and console releases eventually became equal in stability with constant support and updates.

A period of equality in quality ended when PlayStation 4 and Xbox One started their ascension. Again, the developers had to concentrate on working with new platforms, fully exploiting their stable, grounded limits and parameters for game development, and again PC became second-rate.

So, once again, the time has come to wait out the console craze among developers. Of course, PC gaming is going nowhere. But we have to brace ourselves, because it's only going to get worse. Luckily, we now have the tools to make our situation better.

Valve, in their infinite market-savvy wisdom, has recently introduced a system of refunds. It basically allows a client to demand a return of his or her money for any product purchased on Steam. The reason for demand can be anything — from hardware incompatibility to simply not liking the game you bought. If you send a refund request through help.steampowered.com within 14 days after buying the game, you will get a refund. Of course, you will have to have spent less than 2 hours in the game, since this is the only way to prove you haven't just enjoyed it and then decided to have a freebie. Refunds are available not only for downloadable games themselves, but also for additional downloadable content (DLC), pre-order payments, in-game microtransactions (refunds available within 48 hours) and enhanced digital editions. The only real exception are online games blocked by anti-cheater VAC system. Steam also detects if the contents of the downloaded product were modified or copied, so piracy would not benefit from such a generous offer.If a refund is validated, the money will be returned to your account within one week. Should you be using a different payment system that Steam's own, the money will be returned accordingly or, if that system does not support refunds, compensated by adding the same amount of money to your Steam account.

The Arkham Knight scandal started when users on Steam began posting their complaints and demanding refunds for a non-functioning game. This led to the publisher and developer suspending sales and publicly apologizing, claiming that they will fix the problems. This is actually the first time when a large publisher like Warner Brothers reacted to such complaints and admitted to being in the wrong.

This opens new possibilities for us users. Now we can directly influence the releases of our favorite games. As it was proven by Arkham Knight, now we don't have to tolerate lackluster ports and buggy PC versions. Developers, in turn, do not need to lose money and face by suspending sales of physical copies and replacing them or distributing separate patches that would not solve all the problems and just add new ones. Technology changed not only availability, but feedback as well, and feedback changed influence. With Steam, returning games and fixing them has become much easier than ten years ago, and maybe this time the period of instability caused by the change of console generations can be avoided or at least significantly reduced for the sake of both the buyer and the seller.