How to: Fix the Most Annoying Things on the Web

If something annoys you on the Web, then it annoys you real serious. A tiny quirk, any small shortcoming, any trace of crudity in the tiniest element... 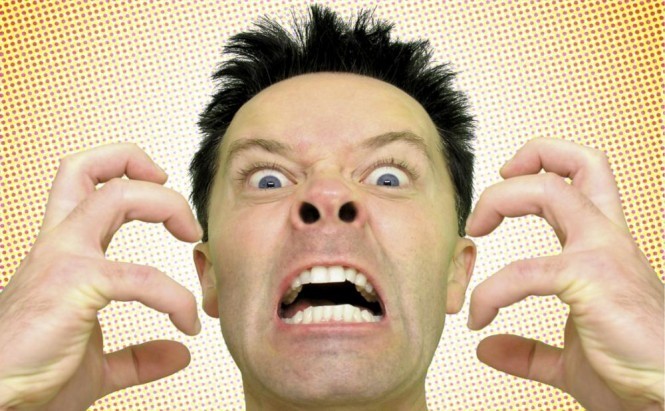 How to: Fix the Most Annoying Things on the Web

If something annoys you on the Web, then it annoys you real serious. A tiny quirk, any small shortcoming, any trace of crudity in the tiniest element of some interface tend to haunt and engross you, eventually leaving you swearing with your face being tomato-colored. It is impossible to do away with all the nuisances, of course. So here's how you can spare your nerve cells when using the Web.

Facebook is the greatest social tool ever seen by humanity, it goes without saying. It helps you find new friends and keep in touch with old ones, it helps you share your personality and inner world through the content you share with your social contacts, it even helps thousands of people find their real love. There's only one bad thing about this site: it's got one of the worst interfaces I've ever laid my eyes upon. Facebook is so hopelessly cluttered and confusing that it's an outright miracle people still manage to use it. Social Fixer: Doesn't look that user-friendly. It is, though

It was just a matter of time that software developers would come up with some solution – and here we go! Social Fixer, a nice Chrome extension, claims to free you from this nightmare of an interface. Keeping in mind the proverbial „fight fire with fire,“ Matt Kruse, the developer of Social Fixer, has done virtually everything to make the extension's interface even more intricate as that of Facebook. When you first open its options tab, you get literally overwhelmed with all those checkboxes and gobbledygookish-sounding option names. Still, if you take your time and dare to delve deeper into them, you will be rewarded with the most comfortable Facebook you'll use in your whole life. Good old popup chat, full-size image preview and – drum roll – switched-off live ticker. Even if Social Fixer could do only that, I'd still definitely get it into my Chrome.

Most of us live outside the US. Purely statistically, an overwhelming majority of us does. However, sometimes you just can't get rid of the feeling that this simple truth is a complete mystery for dozens of online stream services like Hulu or Pandora. Even if you're a US citizen living in San Diego: as soon as you cross the Mexican border and come to Tijuana, you can be dead sure the Pandora radio in your car will stop working.

Depriving us of our favorite programs and series is just inhumane! That is why installing some VPN changer app like TunnelBear, or a browser extension like Hola, looks like the optimal solution to that problem. Technically, most of the time there are no reasons for all those services like itv.com or Hulu not to stream outside the United States apart from the lack of advertising partnerships abroad and tiny discrepancies in legislation. In other words, using small tricks to connect to the US-based web services from abroad is totally legal as long as you stay within the copyright law. So, don't worry!

Compared side by side, Hola beats TunnelBear any time of the day. The latter grants you only 500 MB of free traffic through the changed VPN per month: to get an unlimited access, you will have to fork out a monthly fee of $5. Hola is totally free, although it gives access to a limited number of sites. On the other hand, these sites are exactly the ones most of us would happy to use were it not for the country block: Hulu, BBC (iplayer), Fox, etc. Moreover, the program comes as a Chrome and Firefox extension alongside its standalone version for Windows and Android.

Yeah, I know, with hordes of articles about our privacy being violated by the Big Brother, another paroxysm is risking to be regarded as mauvais ton as the online peeping itself. Still, I'll take this risk and raise the topic again.

Let's try to look at the problem from a different angle this time. Let's talk about ghostery. Some ads that companies like Google show us are really nice: most often, they don't work that crudely. They don't offer you to immediately order 48 pounds of sushi or download 50 GB of those tentacle cartoons just because you once watched anime on Youtube. Nevertheless, other online ads can be enormously successful at freaking the hell out of you. Some time ago, I was thinking about visitng Budapest on my holidays. I changed my mind later and went to Florida instead, but my online ads seem to have taken no notice of this fact and still keep offering me the best flight options to Hungary with enviable regularity.

To prevent this from happening, you can just install Ghostery in your Chrome or Firefox web browser. Unlike the super-popular AdBlocker, which kills all kinds of online ads no matter where they come from, Ghostery will let you decide which services you still want to track you. It has a very handy option set, a totally intuitive interface and a grand price of $0.00 - all this can make Ghostery an extension of choice for every privacy-concerned user.

Referenced Windows applications
What annoys you the most on the Web?

My candidate for "most annoying" is very much akin to the others previously mentioned - web forms with option boxes "pre-ticked" so that the item attached to that option box will be automatically included in whatever freebie or service that you originally filled out the form to receive. Those option boxes usually end up resulting in yet another "toolbar" being installed in your web browser, probably containing all sorts of nefarious spyware and adware, and bogging down your browser until it has more screen area devoted to "toolbars" than it does for actual web content! (Sadly, such toolbars are often being included in the installation scripts for many "off-the-shelf" commercially-produced software.)

Solution? Resist the temptation to speed through the installation process for ANY new software or app you choose to place on your system. READ the terms, and be VERY wary of any and all check-boxes contained in any form you fill out - especially those that appear with a check-mark already placed in them! Very often "they" will try to fool you, giving you the option to "Accept" or "Decline" a particular OPTION, which will have no effect whatsoever on the item you're installing. I always choose "Decline" - if it ends up messing up the installation I can always go back and try installing it again. That sure beats trying to UN-install those pesky adware and spyware 'bots that grab hold of your browser like a wood tick!

The most annoying thing on the web is that programs like downloaders and others don't tell you what those programs really install, what they change in your system, how long they are running and monitor (spying), what information they send back. Is there a legislation?

You ask CNET to download and keep track of updates on programs and they do that well, but try to trick you into downloading a program that keeps track of everything you do on the Internet and call the program registry fixer or some similar utility.