Although the "Pantsuit nation" group wasn't able to help Hillary Clinton win the elections, the role it played in this year's campaign was undeniable. 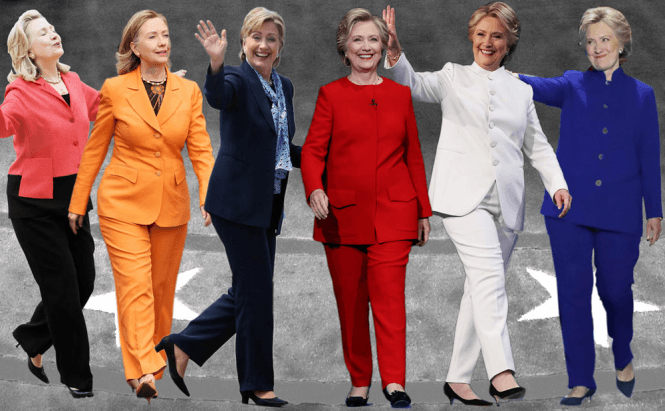 I'm sure the whole planet knows, yesterday, the citizens of the United States elected their new president, Donald Trump, who ended up with more votes than Hillary Clinton. However, since we're not the political publications website, we aren't here to talk about the results of the vote, but about a phenomenon that's getting stronger and stronger in the last few years: the influence that social media has over electoral campaigns.

Though some of you may not know this, Hillary Clinton (despite the fact that she actually lost) didn't only have the support of numerous public figures such as Beyonce, Jay Z, Selena Gomez or John Oliver, but also had an enormous amount of online followers on a Facebook fan club page called "Pantsuit nation". The group reached its peak popularity in the last day before the vote, registering more than two million users and even spawning its own Twitter hashtag #pantsuitnation. What started out as a politically-based fan club for Hillary Clinton turned into full-fledged movement also managing to raise $140,000 for their candidate.

The club came up with its own plan to influence people during election day: every member would wear pantsuits to the vote, thus showing their support for Hillary without breaking any laws. Of course, Trump's online followers counteracted by dressing themselves in red or wearing neckties from Trump's signature collection. The Pantsuit nation as the Facebook group wasn't the only one getting a lot of attention; Twitter also had its own popularity war between two hashtags: #imwithher, which was generally used by Hillary's supporters and #imwithhim, mostly used by Donald's fans, both making it to the front page of the network.

As far as I'm concerned, the fact that political battles seem to be moving from television channels to the Internet and more importantly to the social media is actually beneficial. For the youth, it's a lot more interactive and it actually engages people in the process, thus increasing the turnout at the polls. Another big plus is the fact that absolutely everyone can make their opinions known, something that never happens in a televised debate where the regular people can only sit and listen. Lastly, the Internet has always been a place where the truth was spoken with ease as people don't hide behind words and don't beat around the bush as much as they do in front of a camera.

It's also true that shifting the focus on electoral campaigns from television to social media has downsides, especially when it comes to racist, sexist and other hateful comments that shouldn't exist among tolerant people, but most of the time that's the price that you have to pay for the freedom of speech.

Now, when you've seen how Hillary's "Pantsuit nation" group shaped the elections, you may also want to read some of our other interesting articles like: "Internet Privacy: Myth Or Reality?", "How IT giants make money from seemingly "free" services" or "How video games can change the world for the better".