Quarter of a century ago, two British brothers, Philip and Oliver, thought up a way to rotate an image using their graphics editing application... 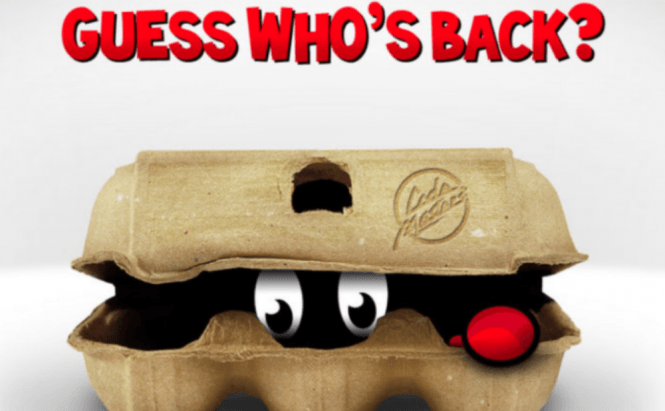 Quarter of a century ago, two British brothers, Philip and Oliver, thought up a way to rotate an image using their graphics editing application, without having to re-draw the entire image on their computer from scratch. Inasmuch as the algorithm was a bit imperfect and introduced distortions when applied to complex images, the brothers had to stick to simple shapes. So they did the only logical thing under the circumstances: having ended up with a bunch of generated images of a rotated egg, they created a computer game to use them in. And so it was that Dizzy came to be.

The very first Dizzy game, called 'Dizzy: The Ultimate Cartoon Adventure', introduced most of the elements characteristic of the whole series: it was a 2D platformer in which you were controlling a smiling egg that could pick up and carry various items. You would dodge enemies and natural hazards, solve inventory-based puzzles (find a crowbar high in the mountains, climb down, use the crowbar to nudge a trapdoor somewhere far below, get bat repellent, use it to repel... bats somewhere else, that sort of thing), and generally try to save and help everything and everyone in sight except for the evil wizard Zaks. 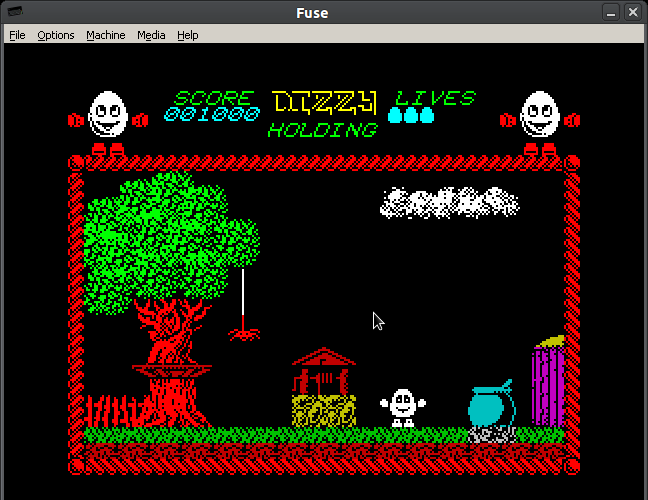 Subsequently, the series saw the arrival of Yolkfolk - a whole bunch of talking eggs, each with a distinct personality of its own: a grumpy grandpa (Grand Dizzy), a sleepy fellow (Dozy), a hippy fellow (Dylan), a damsel in distress (Daisy), and so on. All in all, despite the difficulty and occasional tediousness, the Dizzy games gained a significant following and are still remembered with much fondness in various corners of the world.

Which brings me to the very core of my article: Dizzy is back.

I really shouldnâ€™t smile any wider

Dizzy has turned 25 this year. Fancy that, 25! Would that be the age when you'd consider a facelift? I didn't think so. Well, Dizzy is apparently quite different from you and me (he was conceived as nothing but a face, for one), and he is indeed making a comeback. Seeing that it's been nineteen years since the last game in the main series ('Crystal Kingdom Dizzy'), he's making a bold one.

It's not that the series has been in a limbo all this time: there's always been a strong community around our cheery character, signing petitions, remaking old games, making new ones, holding competitions, creating fancy editors to make even more new Dizzy games, and so on. The good chaps at Yolkfolk.com, the here-and-now fortress of all things Dizzy, have been meticulously collecting, hosting, and creating (e.g. 'Dizzy and the Other Side') Dizzy games for the last several years, kindling and rekindling people's interest in Dizzy. If anything, the nostalgia for the 'good old' Dizzy has always been oversaturated with regular 'resurrections' and 'reimaginations'; and the comeback people had in mind (if any) was more of a 'something fresh' kind. Yes, the hardcore fans would have grumbled at first, but they've got their ZX Spectrums handy anyway - they could always be tranquillised with a cassette re-issue or two.

Coincidentally, though, it's now nigh on 20 years since the release of the most popular Dizzy game (allegedly), 'Prince of the Yolkfolk'. And the big heads out there thought it would be a nice chance to introduce the old classic to the new generations - so Codemasters are making an HD version of PotY and bringing it to mobile devices on 9 December. Will it hold today? I'm not sure. 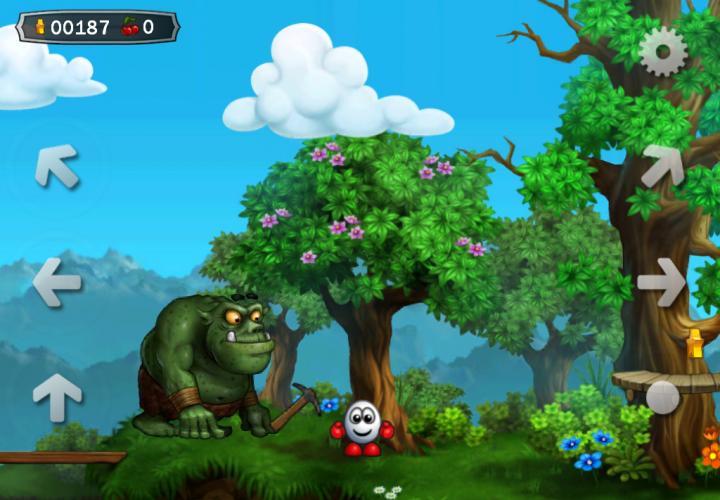 I will call you Fluffy

The chosen control scheme aside (I'm sure these enormous directional arrows on the screen edges are one of the best options considering the target devices), it's just that Dizzy games have never been an 10-minute on-and-off experience: if you quit playing after you've picked up a magic potion, you may pretty much end up travelling across the whole game world again next time you're playing, trying to remember what you were creating the potion for. And it takes more than ten minutes to traverse PotY. And whilst I applaud Codies on the choice of the Dizzy game itself ('Prince of the Yolkfolk' may not be among the best Dizzy games of olden days, but it's one of the easier and shorter ones - so at least it won't be terribly off-putting), I still fail to see how a platform fetch quest with a standard fantasy setting and an egg for the protagonist would appeal to a modern audience. Is it the overall innocence that's intended as the selling point? Is the remake intended as a nostalgia ride? Is it supposed to try the water before some major new release?

Frankly, none of these assumptions colours the remake as something genuinely appealing. Maybe if they created it as something less appealing in the first place - how about 'Dizzy in the Egg Factory'?

Previous story The Last News Digest of the Autumn Next story What's The Best Cook Book For You?