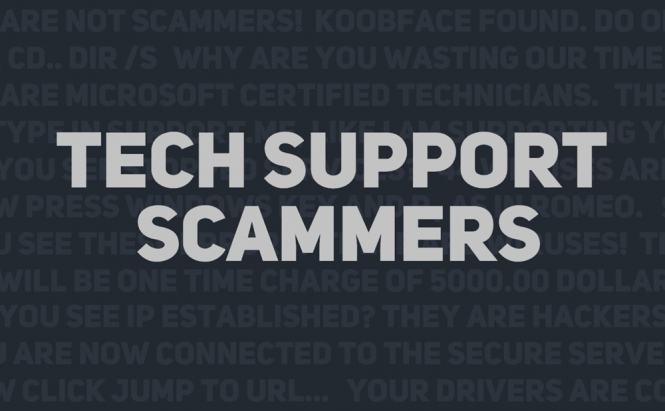 According to Microsoft's statistics, tech support scams are on the rise again. In a recent security report, the IT giant has revealed that there were around 153,000 reported scams of this type in 2017 alone and each duped user lost between $200 and $400 per incident. However, since this statistic only includes reported events, the total number of people scammed is probably much higher and what's even worse is that Windows Defender can't guard you against these scams.

While being a surprisingly effective tool against spyware, adware and various other malware, Windows Defender, like pretty much every other security solution currently on the market, fails to protect the users against this kind of social engineering attacks. Scammers use a wide variety of methods like directly contacting the victim, placing deceitful ads on various websites, phishing emails, etc. which are designed dupe the users into authorizing the hackers to remotely control their computers. In its defense, Microsoft has announced that it's doing all that it can to stop scammers including tightening its collaboration with law enforcement agencies and partnering up with various web hosting providers to take down fake tech support websites.

However, it is ultimately up to the users to defend themselves against these types of scams and the first step towards doing that is knowing that Microsoft will never call you first; the company waits for its customers to ask for technical support. Making sure that you keep your router's firmware up-to-date is also very important in keeping your PC and all the other devices on your network secure.

Previous story VR presentation of world wonders from Google and CyArk Next story Red Dead Redemption 2: what to expect?