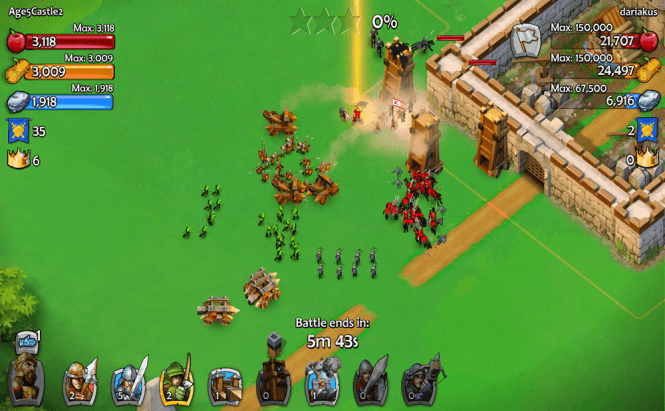 In a recent blog post, Microsoft and Smoking Gun announced that the Age of Empires sequel called Castle Siege will be available for Windows PC as well as for Windows Phone. The upcoming RTS game will be released sometime in September.

Age of Empires is one of the most well-known real-time strategy games with millions of worldwide fans. However, Castle Siege, the latest game of the series, trades a lot of the classical AoE elements for a more touchscreen-oriented approach, thus losing a lot of its original charm.

The graphics featured by Castle Siege look like a simplistic version of the Age of Empires design, but this trade-off was unavoidable for a cross-platform game. The gameplay is also different from what we know, its fast-paced play style resembling the one from other well-known mobile games such as Supercell or Clash of Titans.

In Age of Empires Castle Siege, you can choose one of the six available civilizations, then you will need to find the right ways to fortify your castle, build your army and command it into battle. The game can be played on PCs, tablets and mobiles. Its compatibility with multiple platforms will allow you to copy your saves from one device to another and play in multiplayer mode with your friends, no matter what device they are using.

A very interesting feature that Age of Empires Caste Siege will offer to its players is the recreation of classical battles from history. The game will allow you to experience ten historical battles which include the Fall of Constantinople and the Siege of Marienburg.