VR headsets like HTC Vive and Oculus Rift are all the rage but they still require a chord to connect to your PC. This will soon change. 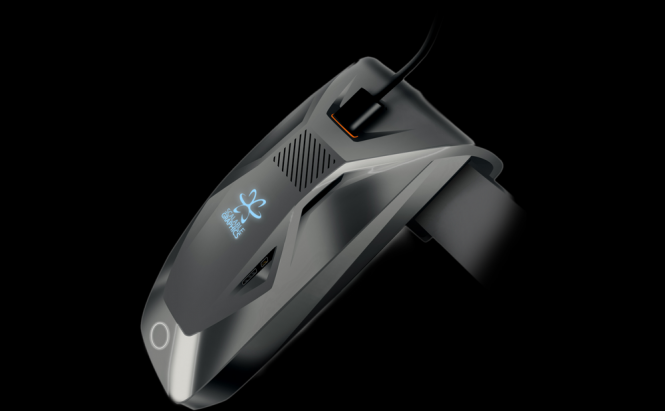 Isn’t it a great time to be a hi-end VR-enthusiast? The technology has made a giant leap since its introduction in 2012! Last year brought us commercial variants of both Oculus Rift and HTC Vive. This year’s CES exhibited a variety of controllers and trackers to complement them. It seems like the next logical step is ‘to cut that cord’ that connects the headset to the PC to make the experience truly immersive. While HTC and Oculus are working on their own prototypes for the next generation of the devices, it’s up for third-party developers to fill in the niche for the current one. Here’s our list of the most promising wireless solutions:

Most of the devices listed below are using a WiFi router to connect your VR headset to the PC, so the most prominent challenges they must face are the frequency and the response time. What sets KwikVR – by the French developer Scalable Graphics – apart from the competitors is the use of the 5GHz Wi-fi signal. The frequency is considered less obtrusive, plus as the device rests on a waistband and not on the VR headset itself it might be better for your head. KwikVR supports both Rift and Vive with no needed modifications. Be sure to grab a decent manager – like the Oculus Runtime – upon release though, to make sure everything runs as smoothly as possible. QuarkVR will be a Vive exclusive

QuarkVR is a prototype of a wireless transmitter for HTC Vive by the Bulgarian company of the same name. Their goal is to create a device capable of transmitting high resolution content to multiple headsets. Pretty soon you’ll be able to ‘dive’ into VR with a friend, the whole family or colleagues at work as if you all are visiting a theme park. The approach – somewhat similar to Oculus Rooms – is made real through the use of the company’s proprietary streaming protocol currently under development with Valve. Mach-2k by IMR could be the next breakthrough

While the device might look pretty similar to its direct competitors – don’t let the looks fool you! This transmitter is way faster! It utilizes the IMR’s own 95% compression technology that reduces the lag to a minimum. The company claims that you won’t tell the difference between Match-2k and a wired setup. There are also no visual artifacts or motion blur as a result of the compression. IMR clearly aims at setting up a standard for fast wireless VR and they do pretty well.

The company is working on its own proprietary encoding mechanisms with a compression ratio of 200:1, which should narrow the stream to 15 Mbps. While the solution may lack in performance at this stage – it compensates for that by providing multi-room coverage through the use of WiFi 802.11ac and 5G LTE. It simply means that you don’t have to be in direct sight of the router to get the signal. TPCast is up for preorder

Here’s the cherry for the cake! While the solutions listed above are in various stages of development – the HTC licensed TPCast is already up for preorder! The receiver and the battery snugly mount onto the headset itself, providing up to 5 hours of wireless VR experience. The reviews have been generally positive so far and the first preorder batch sold like crazy. Worldwide shipping starts late April – early May, so if you want to be among the first to try the cordless hi-end VR setup – act quick!

Previous story Bethesda will let you play a part of Dishonored 2 for free Next story BioWare is rolling out a patch for Mass Effect: Andromeda