Windows Will Meld Into One Operating System 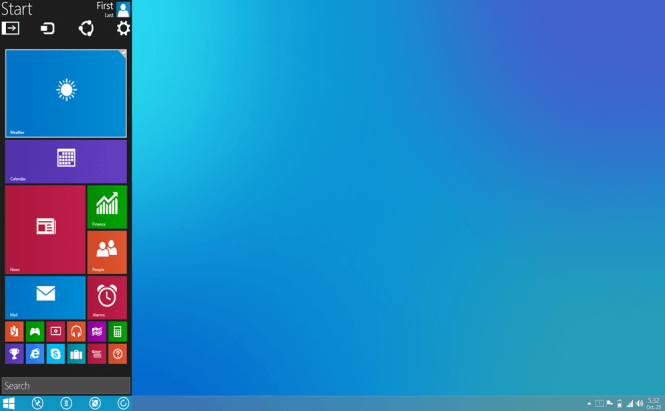 Windows Will Meld Into One Operating System

Rumored to be released in 2015, the new Windows will unify all the major previous versions into one operating system. According to a statement made in an earnings call by Satya Nadella, the CEO of Microsoft, the new version of Windows will cover all screen sizes stretching from desktops and laptops to phones and tablets.

Nadella also said that the company has been restructured since Steve Ballmer's departure and, unlike in the past, they now have only one team working on the project. These statements follow an already existing unification trend, which started in April when Microsoft presented developer tools for "Universal Windows Apps". These tools allow program creators to make their apps compatible with every version of Windows without having to rewrite the code.

Although, the new Windows will be one individual platform, it will be sold in a variety of editions. This means that we will still have versions like Pro or Enterprise, each with their own specific set of sub-features, but they will have a lot more in common than in the previous Windows releases.

As very few things are known about this new Windows release, there are a lot of rumors and speculation around it. The name of the new operating system has yet to be disclosed but, unofficially, it is referred to as "Threshold". Furthermore, a leaked picture has shown the comeback of the start button, one of the features that was missed the most by the Windows 8 users. The CEO of Microsoft explained that there will be more announcements about the new Windows in the upcoming months, but didn't offer any more information on the subject.