What is an IP address?

Have you ever wondered what an IP address, TCP/IP protocols, DHCP, DNS or domain name might mean? Find out about it right here. 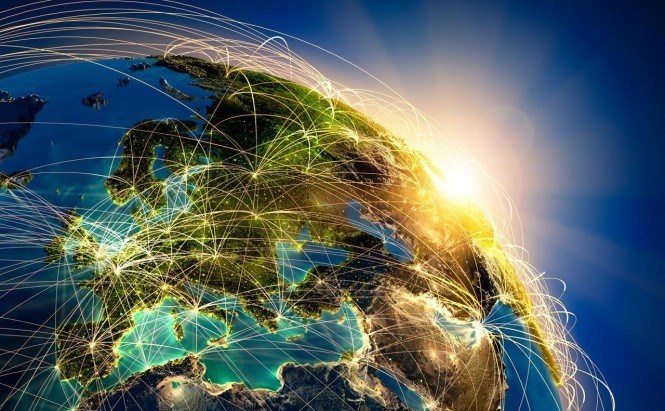 What is an IP address?

How many times have you seen a movie that involved hacking or had some nerdy IT guy constantly speaking in some kind of Â«hi-techÂ» lingo using words that you didn't really get? The plot of those movies is usually captivating enough so that you don't have to bother understanding all that jargon; but didn't it sound smart and somewhat intriguing? I've watched plenty of those movies and I think it's time for the mysterious words Â«IPÂ», Â«domain nameÂ», and Â«DNSÂ» to reveal their inscrutable meaning. Having done a bit of research I've found that the information you'd get from the majority of sources is often too formal and not any less indigestable than sitting through a quantum mechanics lecture after having accidentally mixed up the rooms looking for your clay modeling class. I have attempted to simplify these terms to something that would sound comprehensible to a regular user (that is, most of us). Read on and see what's come out of it.

Okay, we all know there are millions of computers all over the world. And there is also a huge number of local and worldwide networks comprising those computers. So it would be naive to assume that there is no underlying system that helps to control and rationalize all the processes involving data transmission (basically, communication) between any two computers. That system is described in TCP and IP protocols, which provide end-to-end connectivity indicating how data should be handled from formatting and addressing stages to transmission, routing, and receiving. The system is something like this. Imagine you've organized a basketball championship at your school and there are four teams playing: green, blue, red, and black - with 10 players on each team. At the end of this championship you want to give away a special award to the best player based on the audience vote. So now you are standing in front of the microphone, open up the envelope to create that Â«OscarÂ» vibe, and declare the winner. Or rather, you declare a team color and a player number. See, there are a lot of students at the school and they may not know the player's name, but they've seen him at the games. So it seems reasonable to refer to him, in a way, by his team's color and his personal number. You will, of course, introduce him by his name as soon as he walks up on the stage for his deserved trophy, but more on that later.

Okay, back to the topic. So an IP address is this unique number assigned to each computer on a network in order to refer to it for exchanging data. In its human-readable form, an IP address would look something like this: 172.16.254.3. The four numbers separated by dots help to determine different aspects of your computer's placement in the system. As I said earlier, there are a lot of corporate and local networks that contain different numbers of computers, so it is quite logical to name the network your machine belongs to first - these are the first numbers in your IP address, think of them as the city and school number of our basketball player. Straight after those, your network gives you a personal index number, so that other computers could refer to your PC by your network's number (think team color) and index number (think the number on the back of your uniform). This system implies that every machine gets a unique number, which is pretty important when it comes to communication: you don't want to see your private messages directed to another PC.

If you want to communicate with another computer, your computer must first send a query. Since another machine has to Â«understandÂ» what it's being asked to do and by whom is it asked to do that, there are rules, called protocols, in place to standardize the whole process of data exchange.

Even if your local network administrator doesn't give your computer a static IP address, you still have to be uniquely identified somehow. That's what dynamic IP addresses are for. This term means that you get a Â«personal numberÂ» from a selection of Â«spareÂ» addresses provided by DHCP (Dynamic Host Configuration Protocol). This dynamic address may generally change or stay the same for long periods of time. To put it simply, a domain name is what you see in the address bar in your browser (pardon the extremely loose explanation). When you go to a certain website, you (as in the human being behind the computer) don't have to know an IP address of the target computer, as long as you know the name of the website itself - much like you could vote for Peter Simkins instead of Blue 43. A domain name refers to a specific machine in a human-readable form, as a text address instead of a string of digits. DNS, or Domain Name System, is responsible for storing and managing those domain names and their associated IP addresses. Again, everything here is divided into a hierarchial structure for easier processing; this means that there is more than one level to a domain name and different levels have different authority. The FDQN (Fully Qualified Domain Name) specifies all domain levels. For example, the software.informer.com domain name consists of a top-level domain Â«comÂ», a second-level domain Â«informerÂ», and a third-level domain Â«softwareÂ».

I hope I've made some of these terms clearer to a certain extent. If you feel you still need to get into specifics - don't fret and ask away.

Was the article helpful in any way?
View results

Previous story Crossword Apps: Test your Brain Next story Board Games on PC

This was really informative since I'm an electronics student. I used to know these things and all if I underwent a embedded system. Now I got an idea of DNS. Thanks for this.

This was an extremely well-written article. Your use of an example--and your choice of that example--made the idea clear. At last!