You have to admit that Windows OS - though rather powerful and versatile - is a bit underequipped. That's what makes you dread the idea of... 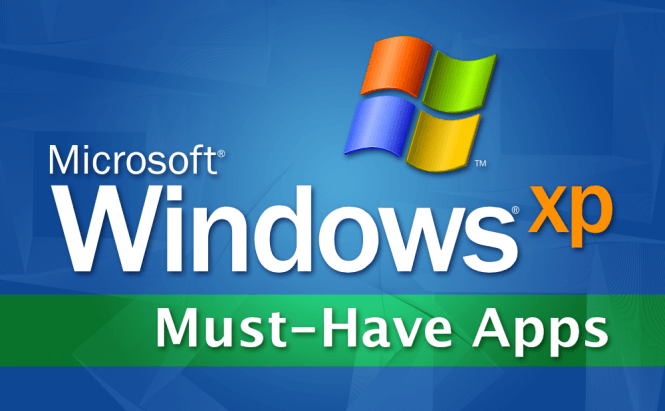 You have to admit that Windows OS - though rather powerful and versatile - is a bit underequipped. That's what makes you dread the idea of reinstalling it: you know you'll face the inevitable question: â€œNow, what apps do I download to be able to actually do some work on my PC?â€ If this rings true, I'm sure you'll find the following guide quite handy.

I've put together a list of apps that I think every Windows XP user must have on their computer. Yes, my list is primarily intended for XP, but I don't think it should come as a surprise to you. Loathe it as you might, but you'll have to agree that XP is still going strong with its 30% share among all users. With that aside, let's move on. OK, what is the first things you see after system startup? A barren Start menu and an empty desktop, I believe. Would you like to make those less boring? Try out WindowBlinds, RocketDock,or VistaMizer. Each of them can give a good visual look to your good old Windows interface. After you install one of them, you'll be able to customize your WinXP's appearance with animated menus and various skins, bring your shortcuts and useful apps within reach to have fast access to them, or give your decade-old system the look of Windows Vista or a Macintosh operating system. It's worth a try. After you'll have reshaped the interface to your heart's content, you should see about some form of protection and defense against spyware for your PC. With this idea in mind, you should go on and install one of the mainstream antispyware and antivirus tools. In my case, the choice is AVG Anti-Virus. Besides the fact that AVG gives your computer some basic real-time protection by scanning downloads, your system folders, etc., it does all that absolutely free of cost. Yes, it's a free antivirus, so there's no excuse not to try it out. Since we're talking about essential apps here, you may want to clean up and keep your system well maintained, and for that you'll need a tool like WinUtilities. This versatile app is a system cleaner, a system optimizer, and a system monitor rolled into one. A pretty good one, without any cons.

If you're going to carry out some kind of image editing operations, you'll need a high-quality and preferably professional-grade application. However, not everyone can justify spending a heap of money on Photoshop, especially when all they need is to crop and retouch an occasional photo. I'm happy to let you know that there's a good freeware alternative - GIMP. Its capabilities are up to those of Photoshop - well, maybe with the exception of a few fancy proprietary features - but you won't have to pay a penny. As for entertainment, there's a perfect app to play all your favorite videos â€“ the well-known VLC media player. This multimedia player comes equipped with all the required codecs for various audio and video formats (unlike Windows Media Player, which doesn't seem to be able to play anything out of the box), so you won't need to bother about which codec pack to download for this video or that. If you're one of those people who prefer to do all their work in a text editor, you should try Notepad++ as one of your productivity apps. Being absolutely free, Notepad++ offers such goodies like line numbering, colored text, syntax highlighting, and autocompletion. It supports over 40 languages and allows you to edit multiple files in the same window. What else could you need?

Going on with productivity apps, I'd recommend downloading a standalone messaging client instead of the inbuilt Windows Messenger - for example, Pidgin. This open-source messenger will satisfy avid ad-haters and social junkies alike, as it contains no ads at all and suppports multiple chatting protocols via plug-ins. So with this single instant messaging client you'll be able to chat on MSN, Google Talk, Yahoo, and dozens of other networks simultaneously, and even group all your contacts together. And of course we shouldn't forget about file archivers, as most of the apps you'll try to download will come as archived installers. What shall I recommend? I'll probably go with WinRAR. It's not exactly free, but it does a good job at compressing files, which makes sending them over the Internet an easy task. It's a well-needed upgrade from XP's inbuilt compressed folders feature, and it's a little bit more friendly than most free alternatives. If you haven't got it yet, give it a go.

Here you can read about must-have applications for Windows 7.

Which apps do you install first?
View results

7zip is better than WinRAR.

I have Vista Mizer. STopped using it because it's a virus. Bricopacks is way better.

Thanks! I like the set of software you've provided.

I wonder why people have voted for other apps, besides anti-virus tools, that they download first. In my opinion, it's more reasonable to install smth like AVIRA

I wonder why people have voted for other apps, besides anti-virus tools, that they download first. In my opinion, it's more reasonable to install smth like AVG at the very beginning

Simply because Win7 Enterprise is so unstable, some ppl want to fix these leaks at first, to save work from being deleted after the 1st update, or HDD-Errorscans from Windows. They are bad.

That's where the list ends. These morons have completely botched Minesweeper.

Waiting for must-have progs for Windows 8, for metro interface.

Come on, do you really think there is one single Metro app you can call a must have?

Yep, the solitaire is one of them not included in standard programs

WinUtilies? But why if AVG Antivirus has AVG TuneUp?

The new AVG Antivirus has AVG TuneUp. Antivirus-Guard didn't have AVG TuneUp at the time that this article was published.

Archiver-wise you should really have advertised for the good guys over at 7-zip, they have a truly freeware piece of software.

And by the way, you need to specify for whom the AVG license is free, it isn't free for businesses for example, or even nfps. I was an IT Manager in England and they had to buy AVG.

But why not mention Microsoft Security Essentials? It's unlimitedly free to home users and nfps, but for businesses there's a 10 unit limit.

Good article though for example you didn't even mention a word processor such as LibreOffice that everybody should have.

And why install a third-party anti-virus when you can have something made by Microsoft for Microsoft protecting your computer.

Also, people might not know about the amazing Windows Live Essentials suite that is an image editor (not as good as GIMP but it gets the job done), a Movie Maker, an IM client, a Mail app and much more.

And how come you skipped mentioning Skype? A third of the world's calls are now on Skype according to arstechnica.

But then again, this might have been a paid article, so no wonder...

Aye, with the amount of bloat that WinRAR has grown over the years (looks like it's turning into the same trainwreck as WinZip once did), 7-Zip is the only sane choice. Open source software all the way!

Hey, 'it might have been a paid article'?! No mention of Libre Office?! Not a single word about Skype?!
Dude, seriously, we can't embrace it all in one article. And nobody can. And no, it's not paid.

Best archiver there ever was and ever will be. Not only is it freeware, it is also cross-platform.

What more could one ask from developers producing free digital product?