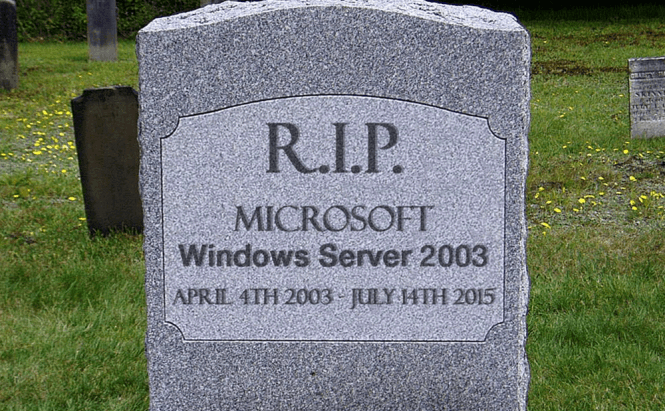 Yesterday, on July 14, Microsoft ended its support for Windows Server 2003. This means that the company will no longer offer security patches for the product, so if you're still using it on a network connected to the Internet, you're placing all your data at risk. If you haven't yet upgraded to a newer operating system, the only good news I have for you is that you are not alone. According to statistics, there are somewhere around 1.6 million instances of Windows Server 2003 still operating worldwide.

While talking about the end of support for Windows Server 2003, Qualys (IT security company) chief technology officer, Wolfgang Kandek stated: "For anyone who still runs Windows 2003, I hope it is where no one can access it, and they are working on a project to replace those servers.” Why is it such a danger to keep using the operating system? The answer is quite simple: there already are known vulnerabilities in the code which were made public when the Hacking Team's files got released on the Internet. Furthermore, attackers can simply study the future security patches that Microsoft will issue for its other operating system's and find exploitable points in Server 2003 as the products probably share a lot of code.

So if you haven't done so until now, it's time to migrate to a newer operating system. However, in case you really want to keep using Windows Server 2003 there is one way in which you can do so safely, but it's very expensive. Customers can create a "custom support" agreement with Microsoft which will provide limited customized patches for another year. As far as I know, such a contract costs between $600 and $700 for each license of Windows Server 2003 in use. The time length can be extended but the price doubles each year.

To read Microsoft's blog post announcing the end of support for Windows Server 2003, click on this link.