If you've got an up-to-date Insider Preview version of Windows 10, you can already install a Linux Bash Shell on it. Here's how to do that: 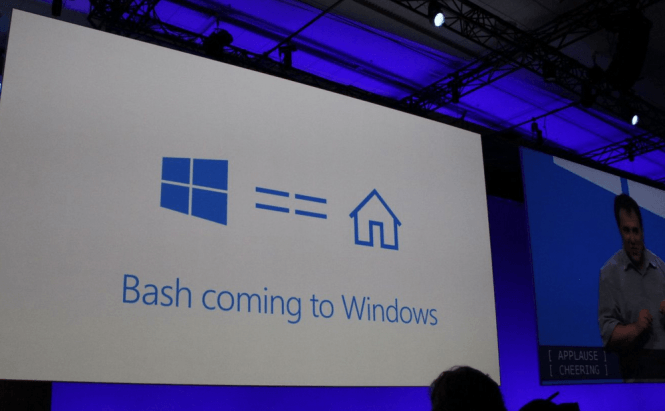 Microsoft announced that the Windows 10 Anniversary Update will bring with it a new "Linux Subsystem for Windows". However, those who are in the Insider Preview program don't have to wait that long and already have this functionality enabled. If you're someone who likes Linux, you can easily install a Linux Bash Shell without using any third-party applications, so I've decided to write this short guide and show you how to do just that.

Up until now, if you wanted to install a Bash Shell, you would have needed to create a virtual machine or use some complicated applications specially compiled for Windows such as Cygwin, but that's no longer a problem. Windows 10 can now run Linux-specific applications, the same way Linux offers a compatibility module for Windows software. In case you were curios, this is possible thanks to Microsoft's failed Astoria Project, which was originally designed to allow users to run Android apps on Windows 10.

Before we begin, you should know that this option is only available for those using Insider Preview 14316 or a newer version of the operating system. Furthermore, you will also need a 64-bit version of Windows as this functionality will not work on 32-bit systems. If both conditions are met, here's what you need to do in order to install a Linux Bash Shell on Windows 10:

You should also know that unlike the actual Linux version, the Bash on Ubuntu on Windows has some limitations that you may not like. For example, you won't be able to work with server software, and graphical software is also not an option. To put it as simply as possible, this interface is mostly designed to merely allow you to control your Windows using a Bash interface. Another disadvantage is that any application that you install using Bash on Ubuntu on Windows will only be available from the Bash window and you won't be able to use it from any other Windows 10 location.

Now that you know about installing a Linux Bash Shell on Windows 10, you might also want to check out some of our other interesting guides such as "How to a create a USB recovery drive for Windows 10", "How to fix Windows 10-related WiFi problems" or "How to enable Cortana, no matter which country you're in"

Previous story Worried about being hacked? This new app will let you know Next story Customizing the Windows 10 Start Menu

MSYS2 is even a better solution.

–  5 years ago  –  Was it helpful? yes | no (-6)
Useful Windows applications
Interesting Windows stories