Got a Pirated Windows? Upgrade to Windows 10 for Free 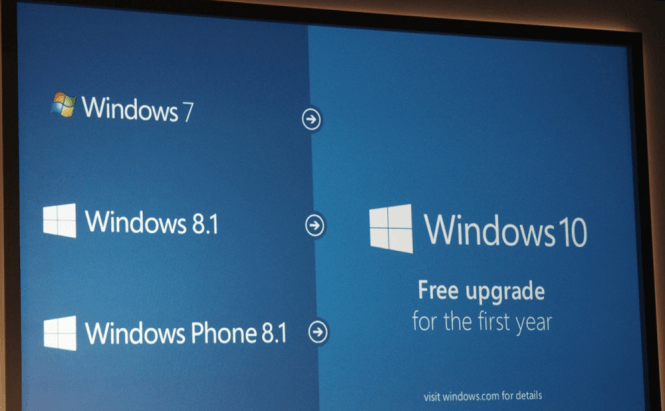 Got a Pirated Windows? Upgrade to Windows 10 for Free

If you thought that Microsoft was unaware of the huge amount of pirated Windows versions currently in use, you were wrong. However, the fact that those who use them also depend on other products created by the company for their daily tasks is probably the main cause why they choose to turn a blind eye to it. Things are going to change for the better soon since, according to Reuters and The Verge, the IT giant will allow users, including those who have an unlicensed version of Windows 7, 8 and 8.1, to legally(!) upgrade to Windows 10 for free during the first year after the official release.

Although initially everyone believed that this policy would only apply for Chinese-based Windows users, the company made it very clear that this offer (for lack of a better word) will apply to anyone with a device capable of running Windows 10. From my perspective, there are several reasons why this is one of the best moves that Microsoft has ever made. First of all, both of its major rivals on the operating systems market, Mac OS X and Linux, are distributed for free and make money from selling other products that only work on respective platforms. Secondly, this will drastically reduce piracy and help the company profit more (in the long run) from paid software, e.g. Office. And lastly, offering Windows 10 for free is probably the best way of rooting out Windows XP, which refuses to die even after the company decided to stop offering support for it almost a year ago.

Furthermore, if you can get everyone to use the same operating system, it will be a huge gain for the developers who will be able to spend more time creating and upgrading applications instead of having to worry about compatibility issues.

How? And where can I upgrade my software?