Is upgrading to Windows 10 worthwhile from your perspective?

There's a lot of hype surrounding Windows 10 but is the upgrade really worth it? Find out here. 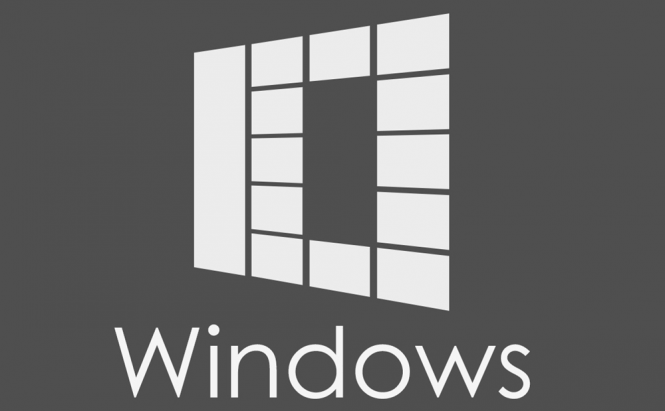 Is upgrading to Windows 10 worthwhile from your perspective?

Windows 10 is one of the most popular topics in the media, but that doesn't mean that it's going to be the best thing for everybody out there. Speaking as someone who has been in the Insider Program almost from the beginning, I can tell you that (for me) it's the best operating system that Microsoft created so far, but you might have a different perspective, because you may want different things. In case you're on the fence about upgrading to Windows 10 and would like to know if it's actually worth it, you may find the answer to your question in this article.

Is your current Windows good for you?

The first thing you should ask yourself is whether you're happy with your current Windows version. If you're operating system already offers you everything you need, then there's probably no need to change it right now. Yes, Windows 10 has some awesome features, but who cares if you don't actually need them? Both Windows 7 and Windows 8 still have years of Microsoft support (security updates) left so there's no need to worry too much about it. Furthermore, the free upgrade offer is going to remain available for another year, so there is really no need to rush into anything. Lastly, if you're not interested in Integrated Services,  Windows 10 won't seem that great to you.

In case if you're not completely satisfied with your current Windows version, the next thing you should ask yourself is "Can I run it?". The minimum requirements for Windows 10 are 1 GHz CPU, 1 GB of RAM for 32-bit systems or 2GB for 64-bit systems, DirectX 9x graphic cards with WDDM drivers and 16 GB of free storage space for 32-bit systems or 32GB for 64-bit systems. However, minimum requirements don't always tell the whole story. To make things really simple, if you don't have at least an i3 CPU or equivalent and 2GB of RAM, I wouldn't recommend upgrading. Yes, Windows 10 has more optimization features, which means it runs smoother than any previous version, but one thing nobody tells you is that the applications designed specifically for this operating system demand more resources and your old PC may not be able to deal with the stress.

Another thing you should worry about is your old devices. If you have an old printer that you've gotten too accustomed to and don't want to change or an older webcam which you've grown fond of, you might want to reconsider the upgrade to Windows 10, as you will no longer be able to use them. In order to enhance the operating system's security Microsoft added a new kind of protection which requires each manufacturer to have drivers signed by Microsoft, otherwise they will be automatically blocked. If your peripherals are old, the manufacturer will most likely not bother with the trouble of having the driver verified and signed. Additionally, you should also be worried about the programs you have installed on your PC, as some of them may no longer work on Windows 10, or you might need a different license to use them.

Not an early adopter

A big problem for many is that Windows 10 is too new. When we're talking about clothes, phones, cars or PCs, "new" is exactly what you want to hear, but with software things aren't the same. No matter how much it was tested, the operating system is bound to have a few remaining issue,s and the pain of early adoption can be too much for some. You could simply keep your current operating system for a while longer and see what patches Microsoft releases. As we've already discussed above, there's no need to rush in, and who knows, maybe the IT giant will launch Windows 10.1 while the OS is still free.

There are also several other inconveniences: Microsoft pretty much forces Windows 10 upgrades on your computer, the operating system has big privacy issues (which we've already discussed) and, most importantly, it's not at all easy to downgrade back to your favorite Windows version in case if there are things that you don't like. (In fact, I'm going to write an article soon about how to downgrade from Windows 10, in case if some of you need some assistance).

Paying for things you already have

And lastly, some of you may not like the fact that Windows 10 will make you pay for some things that you most likely already have on your operating system. For example, in case if you're a fan of Windows Media Center or just use it to play your DVDs, you might not be too happy to find out that it's no longer bundled in Microsoft's latest OS. This means that you will have to spend money on the alternative player that the IT giant offers. (Of course, you can also choose free third-party software). Moreover, if you like playing a game of solitaire from time to time, the game doesn't come with Windows 10, as Microsoft wants you to purchase its Solitaire Collection from the Windows Store. (Once again, you also have the option of downloading and installing free solitaire games from third-party developers just to spite the Redmond-based company.)

Updated 2PCs and one Laptop and are happy with W10.

Great man! Win10 is a nice replacement for Win8 which to me was complex and a personal disaster.

I was forced to upgrade to windows 10 on my desktop and lost access to much of my work including access to my Roland GX-24 camm 1. I use it every day to produce my work, but it is no longer recognized. I am looking for a driver upgrade.

Although in my experiance most Windows 8 drivers, and not as much/but many Windows 7 drivers install perfectly. The worst driver problem I has was with an ancient laptop which ended up working with windows XP drivers when set to install with Vista SP2 compatibility settings. If none of these work for you, do some searching for others with this problem - in most cases there are experience IT Pro's or hobbyists who have made slight modifications to older drivers making them work, with the only difference being a warning that the drivers are not signe: would you like to install anyway. The last method sometimes takes a while but has almost never failed me.

I'm one of those "if it ain't broke, don't fix it" kinda guys. Windows 7 suits me just fine. And it has one "advantage" over Windows 10. Microsoft decided that, starting with Windows 10, automatic updates would become mandatory. Imagine you're on a business trip, just about to check out of your hotel and make a mad dash to the airport to catch a flight. But when you attempt to power-down your laptop, you see a message on your screen saying, "Processing update 1 of 27. Do not unplug or turn off your computer until processing completes." With Windows 7, I can turn off automatic updates completely. I choose to "manually" do updates once a week (and while I'm sleeping).

I went to the website to update the software. it was giving problems at first by telling me that it was reserved but it never updated. so i went to the site and downloaded a media upgrade and it prompt me for the Windows 10 from Windows 7. "P"

I tried to upgrade my OS but it does'nt happen simply because of my old one OS is Window Enterprise and it does not support the new one.i think, i am very happy with my old one OS.