We’ve wrapped up a few tips to help you speed up the way Windows 10 and Windows 11 work and fix their biggest headaches without the necessity to upgrade to a new PC. 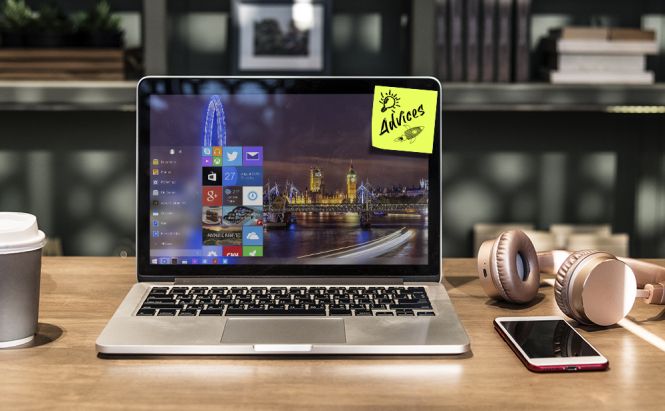 Windows 10 and Windows 11 are the most popular desktop operating systems in the world. But once in a while some users might encounter issues related to the system becoming slow and unresponsive. Good news is you can prevent a newly installed system from getting glitches, becoming unstable or even eventually breaking down. We’ve wrapped up a few tips to help you ensure that your Windows 10 or Windows 11 work stable and fix their biggest headaches without the necessity to upgrade to a new PC.

Postpone updates for a couple of weeks

Updates are not always a good thing. Sometimes a new Windows 10 or Windows 11 update may break peripherals or cause third-party programs to crash. E.g. in April 2022, Microsoft released updates for its operating systems that broke the Firefox, Chrome, and Microsoft Edge browsers. Naturally, the issue was not widespread and was soon fixed. However, it is still rather common that Windows updates cause problems for its users. It has become much easier to fix these issues since Microsoft added a new feature in Windows 10 to pause updates up to a specific date. Users can choose to postpone updates for a couple of weeks, and it is most likely that this time will be enough for all errors to be detected and fixed.

Use a minimum set of programs

The more programs you install in Windows, the higher the chance of their conflicts and failures. Moreover, the system gets overloaded with their traces in the registry and system folders as well as with autoloading, additional services and task scheduler rules. So it is advised to uninstall all unnecessary software and keep as few programs on your PC as possible.

Use only genuine drivers

The stability of Windows hugely depends on the programs and drivers we use since an untested utility or chipset driver can cause glitches and problems. So it is a good idea to install only tested and certified utilities and drivers while giving preference to manual installation. Since newer versions of drivers might contain bugs or not be fully compatible with your devices, it is recommended to disable the automatic installation of drivers in Windows 10 or Windows 11.

The fewer tweaks the better

Many users think that Windows 10 performance can be improved with a number of tweaks. However, some people change settings without understanding what exactly would happen in the system after they ticked one of the options in a Windows tweaking program. Windows 10 and Windows 11 are more complicated than their predecessors and have a ton of interdependent services, processes, and hypervisors. Unfortunately, attempts to tweak this complex system might lead to the opposite results and cause its imbalance and unstable operation.

Windows Defender is included in both Windows 10 and 11 systems. However, due to its history, Defender Antivirus still faces a lot of bias, even though this anti-malware software has improved a lot in device security and functionality over the last few years. Now Microsoft Defender bears little resemblance to its useless predecessor and has turned into a decent antivirus solution that is not inferior to any other free competing antivirus software available out there. It shows you no ads or annoying notifications while being seamlessly integrated into the system.