Google has made a deal to buy Nest, let's take a look at Nest devices. What's in it for Google? 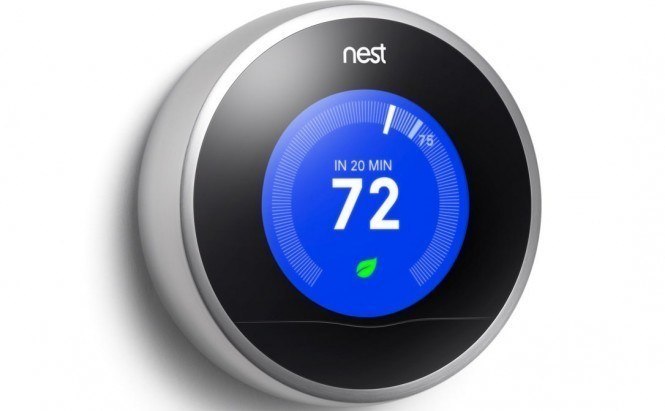 Google keeps its finger on the pulse of the technologies that are yet to become trendy. Now the company wants to bring you into a so-called smart home and has announced that it's buying Nest (Nest Labs), a company that specializes in exactly this sort of technology, for $3.2 billion.

Weirdly enough, Nest was co-founded as a start-up company by former Apple engineers Tony Fadell and Matt Rogers; and these guys were directly involved in designing the iPod. Nest has been in the biz of smart home technologies since 2010, and back then this business area was not perceived as significantly valuable. But now, about three years down the line, it has become viable enough for Google to not only make a huge proposal, but even agree that Nest may keep all of their assets, people, and their own vision of how their products should be working.

There must be something appealing about Nest products (there are only 2 of them so far), so let's take a look at what the appeal might be. The main idea of the company's founders was to take ugly home devices and reinvent them. And now we have the Nest Learning Thermostat and Nest Protect (the smoke detector).

For $249, the Nest Learning Thermostat will program itself over the course of one week and adjust itself to always keep your home temperature the way you like it. It also promises to cut your monthly energy expenses by figuring out your schedule and automatically powering off whenever you leave the place. The design speaks for itself. You can use the Nest app from your smartphone to modify your settings miles away from home, you can set up monthly expense reports to be emailed to you with all sorts of information and suggestions on how you can save more energy.

The only uncomfortable thing about the Nest Thermostat is the installation process, which can take some people more than 30 minutes (although according to the product's homepage that's only the case with 1 person out of 5). Well, actually, the price might scare some of us off, too; but it's rather the question of Â«is it worth spending some money now and then saving on electricityÂ». And you regularly get software updates, which means that you may get some new features at some point.

Nest also released a smoke detector just recently, reinventing the device that we all have come to know and hate, and which usually ends up being turned or torn off. The functionality of Nest Protect may seem to give you a bit more power over things at your home: it is a smoke detector, but it doesn't go off in the middle of the night without any way to turn it off; instead, you can silence it with hand gestures. It also speaks with you from time to time, letting you know about potential threats or unexpectedly loud signals that you may hear later on, and I've got to tell you â€” that female voice is charming. The device can be yours for $129, which does seem too expensive to me. Especially when you take into consideration that it doesn't save you money in any obvious way like the Thermostat does.

That's what Google liked and wanted to own, which is kind of understandable. With Google's resources and Nest's ambitions, we might see really great things happen. On the downside, though, immediately after the news about the deal first came out, people started wondering, Â«Is Google going to advertise something when I'm in the privacy of my own home?Â». I'm not jumping on this paranoia wagon; but who knows, that might become true one day.

Referenced Windows applications
Do you think Google will place advertisment in Nest products?

Previous story CyanogenMod Installer: The Easiest Way To Update Your Android Phone Next story Bows and Arrows in Games

It's actually scary now! I used to sleep much better when I didn't have all these "tech" to make my life "better". The irony

With unlimited NSA powers over us all, including tech companies, Google's future devices could be abused by authorities for home spying on important people where it matters.

Not sure, I guess like everything else if it can be packaged right, if it can be introduced in such a way that this is something that needs to be done so your loved ones will feel safer if you have it, if it can be marketed by a famous person whose paycheck come from a company w/endless resources & deep pockets, if it can be done even with the "appearance" of legality, if the company introducing it has a brand name everyone knows. Okay, ill stop, you get the idea, then the answer is not will they, the answer is "when they will"!

I must, must comment on this because I am also beginning to wonder just how far the envelope will be pushed in the "names of convenience, security, money saving tech. etc." while at the same time we are just going along like cows. Well, you know the rest, it's in your freezer. I am a Google user myself and am also keenly aware that they know more about me then I forgot. We are supposed to be protected against certain things in this country and it should be on everyone's mind about who is protecting and at what cost. Seems to me large companies have more protections than we & that should keep everyone up at night.