Check out a new arena FPS: Paladins: Champions of the Realm 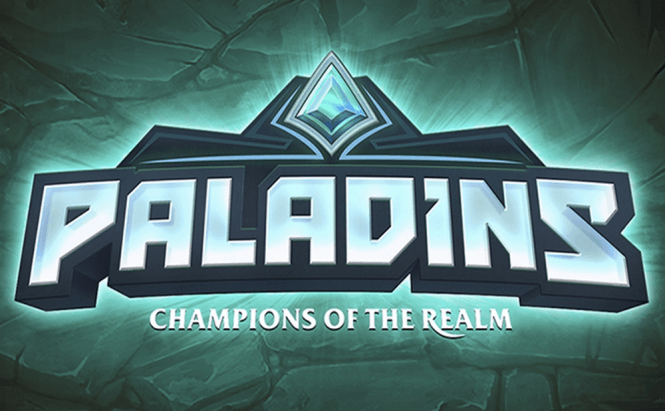 Check out a new arena FPS: Paladins: Champions of the Realm

I've got some good news for those who like arena-style shooters: Hi-Rez Studio, the same company that created Smite and Tribes Ascend, is getting ready to launch its own multiplayer first-person shooter called Paladins: Champions of the Realm. At the moment, the game is still in its closed-beta stage, which means that it has some bugs and there's a limited number of champions that you can choose from, but if you want to try it out, I'll show you how a bit later.

In case you want more details about the game, Paladins: Champions of the Realm is a team-based multiplayer FPS where two teams of five players battle to take down the opposition. Unlike Quake or Counter-strike, here, each champion has its own weapon, playing style, special abilities, etc. and two players in the same team may not choose the same character. The graphics are designed to look cartoonish, but that's a good thing as this game wants to be fun, not ultra-realistic. One of the aspects that make Paladins stand out from other games of this kind is the card system. Each character has a large number of cards that modify its stats and abilities. Once you've unlocked enough cards, you can create personalized sets, thus choosing the kind of bonuses you want to receive. There's also a set of standard cards that you can buy during the game, after each round, based on how well you did so far. Another thing that I've never seen before in a FPS is the mount, which you can use to travel faster over large distances, but you have to remember that you won't be able to shoot while you're riding.

At the moment, there are only four game modes available: solo vs. bots, co-op vs bots, random arena and survival. As far as the rules of engagement go, each game is played in a first to five points system. The main objective is to take control of an area by keeping your champions in that location until the meter fills. Whoever gets control of the zone gets a point in that round. Once that's done, a siege engine will appear and your team's goal is to take it into the enemy base in a limited amount of time. If you succeed, you get an additional point. The siege engine has a small circle around it and it will only start moving if at least one player is inside that marked area. Furthermore, the team that's defending can also enter the circle and push the war-machine backwards to its starting point, thus delaying the siege.

As I said, the game is still in beta, but if you want to, you can try it out. To get your beta key, you will need to either pre-order the game or you can go to the Paladin's community page, login using one of your social accounts and you will immediately receive a free beta key. If you would prefer to wait until the official version of the game comes out, you should try one of the games from our previous article: "Best Action Games of 2015".