Windows 8 has proved to be all but intuitive. What's worse, it doesn't make but very timid attempts to teach us its basics, rather leaving us to... 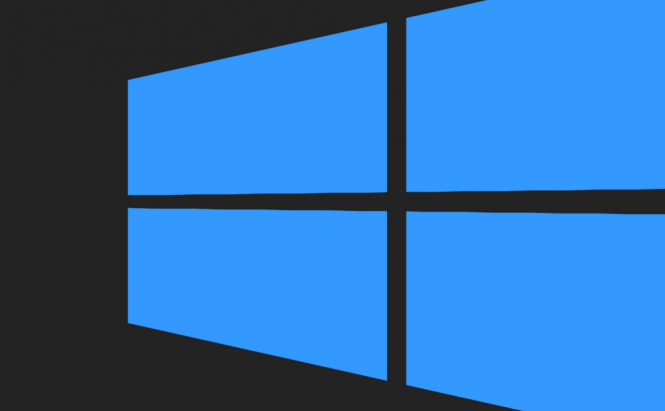 Windows 8 has proved to be all but intuitive. What's worse, it doesn't make but very timid attempts to teach us its basics, rather leaving us to ourselves and this new and bewildering world of Windows 8. That's why we decided to present you this small collection of tips and tricks to help you cope with the change to Windows 8.

The most irritating thing about Windows 8 is its mile-long learning curve. Microsoft did very little to put the total revamp of everything we have got used to after the 17 years of Windows into some halfway intelligible form, if we don't count this rudimentary thirty-second tutorial.

Figuring out things can become a horrifying task for the Windows 8 newcomers. The lack of grafting between the former-called Metro and desktop interfaces, the counter-intuitive populating of your Apps and Settings search sections, and tons of other usability issues can totally mess up impression of the new OS. And that's where you could use our (hopefully) good piece of advice.

1. Bringing the Start Menu Back

Issue: I've been using the Windows 8 Consumer Preview on my laptop since it became available this summer but I still can't help lookng for the Start Menu in the down left corner. You know, it's not that easy to unlearn something you thought was as obvious as Ben Franklin on a 100-dollar bill. Without it, searching for programs from within the Desktop interface has become crushingly tedious. Using the Start screen instead doesn't immediately come across as a legitimate alternative in quite many cases, for example if you want to launch an app stored on another disk partition or even on another hard drive. 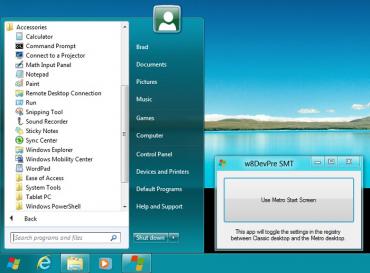 Windows 8 With The Start Menu Back

Fix: Using software simulating the good old Start Menu can really save your day. The two alternatives could be StartMenu8 and Classic Shell, with the former being all about customization and the latter working in a more straightaway manner. If you want to spare your time and, more importantly, nerves, installing one of these programs is strongly recommended.

Issue: Even though I find Metro absolutely bewitching, I don't use it on my laptop really much. Actually, I tend not to use it at all. It's really not that practical, as the interface is too obviously touch-oriented. Therefore, it would make more sense to boot directly to Desktop. Yeah, and better without that annoying authentication procedure each time you fire up your PC. 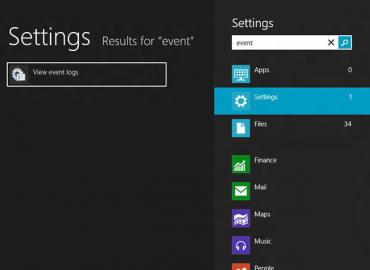 Searching for Events in Metro

Fix: This will be a bit tricky. There are quite many ways to bypass Metro, but I'll stick to the one offered by Techspot as it's much easier to grasp and do than the others. First, make sure you are running Windows as Admnistrator. Then create a Notepad file with the following text:

After you 're done with it, save the file as .bat. The name doesn't matter. After you do this, the file icon should change. Make sure you have stored it in some safe place where you will not accidentally delete it. Then go to Metro and enter the word 'events' in the Search Panel. Choose the Settings search results and open the View event logs window. In that window click Windows Logs > Application and scroll through the opened list till you find the Winlogon information event. Right-click this event and choose 'Attach Task To This Event'. The next step will be to give the task any name you want and choose the saved script (i.e. the previosuly stored .bat file). After you have done all this, Metro will still show up for several seconds at the system launch but Windows will then automatically switch to Desktop without you taking part in this process at all. 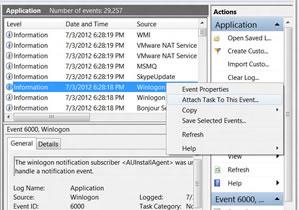 In The View Event Logs Window

And what about the automatic log-in? Enter netplwz in the Metro Search section and open the User Accounts window. In there, uncheck 'Users must enter a user name and password to use this computer' and provide your account credentials. From now on, you should log in automatically. If you think you need more security, just enter netplwz in the Metro Search one more time and check the authentication box.

Issue: Taking screenshots in Windows used to be a nuisance. Unlike in most other OSs, you had to print the PrintScreen key, open some program like Paint, insert the picture and save it in a separate file from within that program. While you were doing it, you just couldn't shake off the feeling you were back in the Mesozoic Era, with dinosaurs and Commodores 64 browsing on grass by your side. Wonder why I talked about it in the Past? Because it is fixed now. 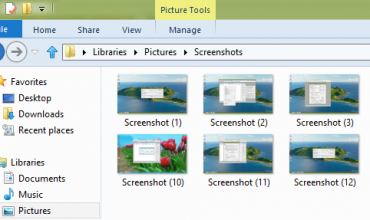 Fix: In Windows 8 there's an amazingly easy way to make screenshots. All you have to do now is to press Win+PrtScrn on desktops or Win+Sound+/- on tablets. The system will make a screenshot and automatically save it in the new Screenshot folder (under you Picture library).

Issue: I admit, Minesweeper and Solitaire were not the biggest selling point of the previous Windows version. Yet, very few AAA+ titles could develop such a huge cult following and players' loyalty as the default Windows games. I can hardly think of any PC user who hasn't sent at least a couple of hours of their precious time down the drain playing Minesweeper. And it even has an Adventure mode! Well. Actually, this Adventure mode is really no big deal but it's still pretty exciting. There's a small hitch, however: the legendary games don't come pre-installed now. 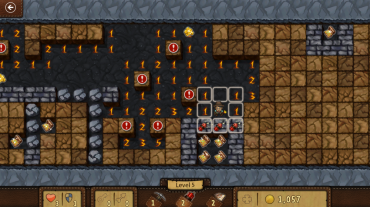 Fix: That's an easy one. The only thing you'll have to do is use Windows Store. Open the Windows Store app through your Metro interface and search for the good old titles like 'Minesweeper' or 'Solitaire' in there. After you locate them, just press Install and get ready for rumble... I mean, playing.

Hopefully, these few tricks will help you acclimatize to Windows 8. Anyway, the new OS is apparently Microsoft's big headliner that the company will support at all costs, so it will.

Referenced Windows applications
What is your user experience of Windows 8?

Previous story Google Rolls Out the New YouTube Interface Next story Adobe and Microsoft: Side by Side

Awful, I want to throw out my computer.

Absolutely despise it. You can't find the option to open programs and can't swap between Windows. I'd even go back to Vista after this.

Find it impossible to get used to, would love to go back to Windows 7.

It has been a terrible experience. I don't think I will ever get used to it.

It is horrible. I am now using my new computer to research replacement operating systems!

Have had this Windows 8 machine for three months and this has to be the most useless OS ever released. Purchased it because I needed more power to run a PC game. And if I had know that the game would not run without Origin, I would have saved my money on both.

You meant POS, not OS, did you not

Hi, how can I change the settings of Klondike in Windows 8?

Bringing the Start Menu Back: I tried both the tools. Nothing has changed and I don't see the start menu.

I hate it, rec'd a new touchscreen laptop as a birthday gift with Windows 8 on it and a year and a half later I still have my 8 yr old compaq presario (missing the "n" key) and the new one open side by side. The Windows 8 machine is basically an overpriced browser for me and the old one is used for any work needed to get done. I have been working with Windows in a business capacity for about 18 yrs and am an advanced Excel user but it takes too long on my new machine to get anything done in a quick fashion. If I wanted to relearn something I would have gone to a Mac.

I have trouble with Windows 8, some of my MMORPG games and other lan game can't run but when I use my another laptop running Windows 7, it works perfectly fine. Can someone tell me what I should do to fix my Windows 8 problem. Is there any setting I should change?

I installed Windows 8 pro today and I have to say: It looks colorful BUT it is very useless and awful to work with. If I compare Windows version 3.2 now I would rather go back to that. I hope Microsoft do not fire all the Dev´s for that.

I absolutely hate the Modern (a.k.a. Metro) immersive UI. It is, IMHO, a dumbing-down, mass marketing, lowest-common-denominator GUI.
I have used Windows (and several other GUI based OS's) since Windows was first released, actually starting with Windows 1.0 which was more of a bolt-on to MS-DOS than anything else. I worked for a number of years in a corporate information center, where I configured IBM PC's from 8088 XT class thru Micro Channel all the way to Windows XP/Pro SP3 on Dual Core PC's. I also moved from the IC through Main Frame development to leading PC development for the entire company. Then I retired.
In my home based computing, I kept up and finally got to Windows 8 Pro. I can say without a doubt that the Modern UI is the least productive one I have ever used as an Uber Power User and Developer.

Regarding minesweeper, is there any way to play it in window mode? It's a bit... overwhelming to play fullscreen on a 24 inch screen

I recommend Modernmix by Stardock.

I love it and want to experience it, but how?

Maybe you should pruchase it?