You may not need a 'monster' PC to use Windows Holographic 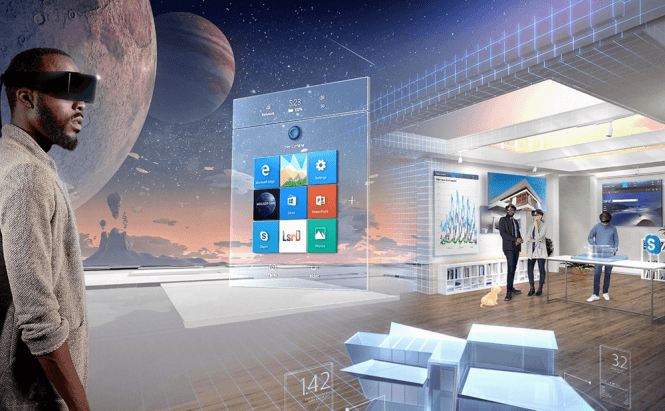 You may not need a 'monster' PC to use Windows Holographic

Microsoft has recently re-announced that it's bringing Windows Holographic to all Windows 10 users by integrating its patented holographic technology into a future Windows 10 update. Furthermore, yesterday, at the Intel Developer Forum, Microsoft's Executive Vice President of the Windows and Devices Group Terry Myerson stated that the IT giant will work with Intel to lower the hardware requirements. This means that you may not need the latest and most expensive PC in order to create your own 'mixed reality'.

As far as I understand, the IT giant is trying to create something called 'mixed reality', which will allow you to blend the real world with the virtual environment. In order to achieve this goal, Microsoft will either need to create devices capable of scanning objects and then making digital copies of them or overlay digital version of items over your actual surroundings. I know it sounds pretty science-fiction, but it's actually not that far away. As we know, the Redmond-based company already unveiled the HoloLens technology, which is capable of overlaying items from the digital world into the perceived reality. For the porting real objects into virtual reality part, Microsoft and Intel are already working on something called 'Project Alloy', a wireless headset capable of scanning real-life objects and replicating them into the digital world, so that also looks to be an achievable goal.

If you're interested in more details about this, the IT giant stated that it will outline its entire hologram-related strategy this December at the WinHEC conference.