Windows Holographic to arrive on all Windows 10 devices 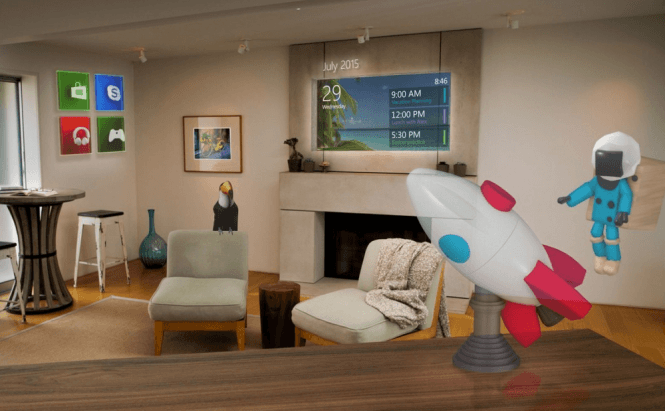 Windows Holographic to arrive on all Windows 10 devices

Virtual reality is one of the most exciting technologies that's currently being developed, but its potential is far greater than we currently realize. Oculus and Samsung make devices that try to completely immerse the user into a different world, but Microsoft has a different idea, which some would call a lot more practical. The company is working on perfecting something called "Mixed reality", which will break the barriers between our physical world and virtual reality.

In order to create applications capable of creating this mixed reality the IT giant uses a series of tools called Microsoft Holographic. According to an announcement that was posted yesterday on the official Windows blog, Microsoft is opening up Windows Holographic to the partner ecosystems. This means that the platform, which includes a holographic shell and interaction model, perception APIs, and Xbox Live services will be available on every device out there. Furthermore, developers will be able to create apps that will work on wide area of gadgets and hardware manufacturers can create new devices for mixed reality.

Here's what Terry Myerson, Microsoft's Executive Vice President, Windows and Devices Group stated: "Today, we announced that Windows Holographic is coming to devices of all shapes and sizes from fully immersive virtual reality to fully untethered holographic computing. Today we invited our OEM, ODM, and hardware partners to build PCs, displays, accessories and mixed reality devices with the Windows Holographic platform. [...] We would love for you to join us as we deliver this new world of mixed reality."

If you're new to Microsoft's innovations in this field, I recommend checking out some of our older stories such as: "All You Need To Know About Microsoft HoloLens" or "Microsoft's Hololens now gets 'Holoportation'".