Reading the draft of this article, I realized suddenly that it takes ages before you get to its very point. Moreover, the same goes for most of my... 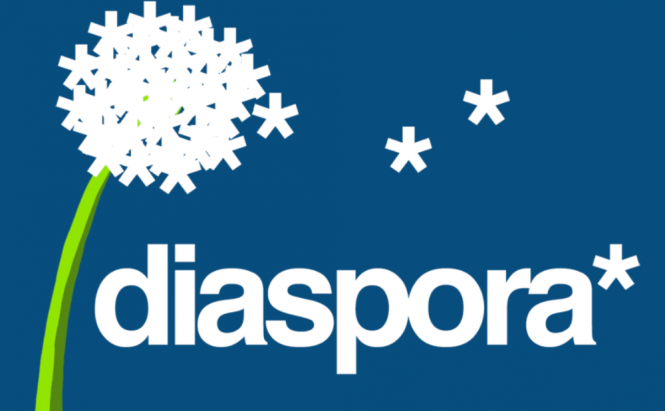 Reading the draft of this article, I realized suddenly that it takes ages before you get to its very point. Moreover, the same goes for most of my articles. That's why I decided that from now on each of them will be introduced by the 'Too Long, Didn't Read' section, where I would sum up the article in the Twitter-like 140 characters. Ok, let's have a try now.

DIASPORA* is a decent social network, having most of the Facebook features, but it's completely non-commercial.

Looking back at the Web we used to have ten years ago and comparing it to the Internet of today, I realize that, despite all the innovative technologies, mobile devices, and social networks, the cyberspace has been getting increasingly boring throughout all these years. To my mind, it's because the Web is becoming less anarchic, as it is pushed further into cloud computing and consolidates around the large corporate servers. These servers create something like a gravitational field, pulling more and more data streams into the cloud whirlpool. What happens next, is obvious: the fewer nodes there are in the Web graph structure, the easier it is to influence and even, to a certain extent, control the cyberspace.

The cloud is not the only tech novelty making our lives more transparent and prone to harassment by Big Brothers from Silicon Valley. So, after the introduction of the latest Facebook UI revamp, I find it really hard to conceal some information I wouldn't like some of my friends to know. Theoretically, it's possible, but is way more difficult than it used to be four or five years ago.

In fact, the newfangled things offered by Apple, Google, and other IT-giants, do really make our cyberspace experience more variegated, and, in a certain sense, give us more freedom on the Web. The problem is that the new Internet horizons are defined not by what the users want, but by what the companies offer. The ultimate goal of any commercial entity, the causa prima of its existence, is to get as much revenue as possible. The ultimate goal of most users is to enjoy as many products and services as possible for some minimal amount of money. That's why we have to put up with striking uselessness and outright stupidity of many new tech derniers cris: that's OK as long as we don't have to pay for them (and in the case of Apple people are even ready to fork it out).

However, if you think there's some conspiracy or a secret agreement between, say, Google, Facebook, and Apple aimed at achieving world domination or drain our pockets dry by imposing their products, you are wrong. They're not the malevolent corporations that push us into the arms of their new services; it is us, the users, who are glad to absorb everything they throw to us. Every time there is a new app, device or major UI revamp, we swallow the hype and pound on the doors of another official distributor to get the latest gizmo, or overload the corporate server in attempts to download the latest OS.

Of course, there is more to what the industry leaders offer to us than just developers' pure avarice; otherwise we wouldn't use all those things. Sometimes they are just convenient. I, personally, regularly use Dropbox for work: it's so much easier to save a file there from my desktop, go to kitchen to get something to eat and go on working on that file from my kitchen laptop, than arduously save it on my flash drive or put the work aside for a while...

Nevertheless, each time I resort to mainstream IT-products (no giggles, I'm not a hipster!) I always think, if there is any independent community-driven analogue of all this stuff. And I was always (okay, almost always) able to find one.

So, fed up with the overwhelming stream of junk news delivered to me by Facebook, and anticipating even more junk in my news feed after the Frictionless Sharing is fully introduced, I started looking for an alternative to Zuckerberg and Company...

â€¦ and found it in almost no time. DIASPORA*. This project has caused quite a stir lately, as one of its founders, Ilya Zhitomirsky, presumably committed suicide. Still, however tragic his untimely death may be, to my mind, it is by far not the major thing that can be said about DIASPORA*. First of all, let's clarify what DIASPORA* really is. Wikipedia informs us kindly that it is 'a non-profit, user-owned, distributed social network that is based upon the free Diaspora software.' In other words, the site team offers you, along with several dozens of other enthusiasts, to host your own server. These mini-servers, termed 'pods', are interconnected and form a whole server cluster, providing users with SSL-protected social networking, free from influence on the part of commercial corporations, annoying ads and spam. Once logged in on one of the pods, you get the full access to user profiles on all of them and can shape your news stream in the way you like.

Unlike the conventional social networks, DIASPORA* doesn't give a monkey's whether you registered under your real name or a pseudonym. Facebook and Google+ need your real name and personal data so as to be able to show you the advertising content that meets your personal tastes and relates to the area you are currently in. That's why on these sites users either have to drill all the way down through the account menus to get to the privacy settings, or should have strong nerves to understand how these absolutely incomprehensible menus work. DIASPORA* does not pursue commercial goals and is supported with users' donations (calm down, no Jimmy Wales' faces, staring at you in a most confusing manner). The site administration does not want to know who you are and where you live. Actually, the notion 'site administration' is not applicable to such a loose net as DIASPORA*, because fuzzy-bordered pod-servers all have their own admin staff, acting independently from those on the other pods. Moreover, even the expression 'admin staff' itself does not describe the situation properly. In some cases, this staff can consist of a single person, who checks the server work only occasionally. In the long term, the DIASPORA* pod-cluster model would present a nice alternative to the hyped-up cloud computing, basing largely on the good old P2P. To be honest, I like the P2P-scenario much more, because it feels just like the revival of 1990-s style anarchic, self-organizing environment, where the IT movers and shakers did not play such a prominent role as they do today. You can call it nostalgia, I call it freedom-loving.

Previous story Stress off! Next story The Last News Digest of the Autumn