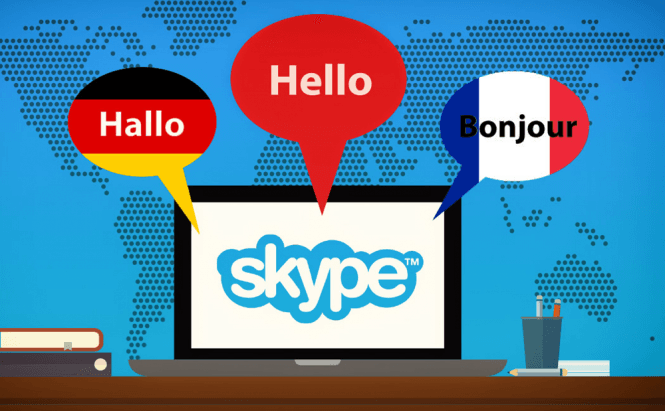 After announcing it a while back, Microsoft has finally added the much awaited real-time translation feature to Skype. The translator can now be used by everyone on Windows-powered PCs. If your contact isn't registered on Skype as an English speaker, then the translator will automatically start when the two of you start talking. Furthermore, you can also activate it manually by opening the language menu (it's under your name), then switching to whichever language you want the communication be translated to. The tool features voice-to-voice translation for seven languages (English, French, German, Italian, Portuguese, Spanish and Mandarin) and real-time text for translations for 50 languages.

Another thing you may want to know is that starting today, Microsoft has also integrated the cloud-based collaboration tool Slack into Skype. From now on, you can simply type "/skype" (without quotes) on a Slack channel or in a private chat and you will instantly get a link that will launch a call for all those who are in the conversations. The generated links work on the mobile versions of Skype as well as on the desktop ones, regardless if the person has a Skype account or not. The functionality is still in beta mode, but every team with an open integration slot can try it out.

To mark Skype's 10th anniversary, Microsoft has launched numerous new features for the service such as allowing Outlook users to initiate Skype calls directly from email client. Furthermore, at the beginning of the week, Skype also added its free group video calls to all its mobile apps for Android, iOS and Windows Phone.