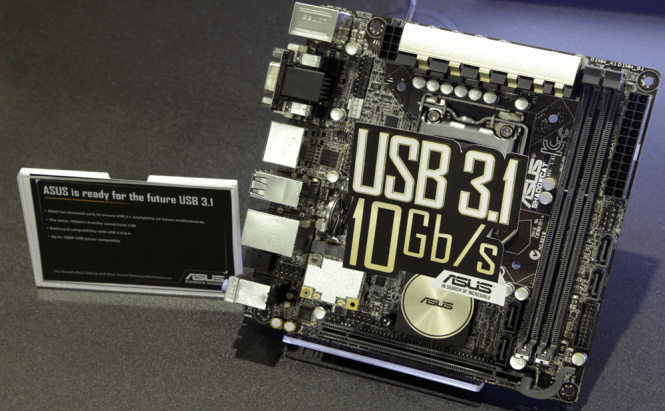 After Gigabyte, ASUS and ASRock (all supporting Intel chips), MSI has officially announced that their upcoming 970A SLI Krait motherboard will ship out with support for the USB 3.1 protocol. This means that both Intel and AMD have shifted their attention towards USB 3.1 which will become the new industry standard. (At least until something better comes along). PC manufacturers are expected to expand the array of products with USB 3.1 support in the second half of this year.

If you're wondering why the jump from USB 3.0 to USB 3.1 is so important, I'll give you two good reasons that will probably get you excited about the new protocol. Probably the most important thing is that the new USB port is capable of transferring data twice as fast as its predecessor. This means that you will be able to copy files to and from USB connected devices at 10GB per second. Another really cool thing about USB 3.1 is that the new protocol supports the so-called reversible Type-C cable which can be plugged into the port without regard for its orientation.

To be totally honest, it's very hard to imagine that support for USB 3.1 will be the main reason someone buys a specific motherboard. However, the need for faster speeds when using external storage devices is an important one, so having the new protocol installed will certainly factor in most people's decision. Unfortunately, things aren't actually that simple for customers as they will have to pay attention to the type of USB 3.1 port they choose. While USB 3.1 Type-A is a similar in size to the previous ports, so older USB connectors can be plugged in, the speed increase isn't as big. If you choose the Type-C, you get a faster transfer rate, but you will need to change the cables that you use to connect your devices.