A couple of weeks ago, Mozilla introduced the beta version of one of its actively developing projects – Open Badges, which began in late 2010 and was... 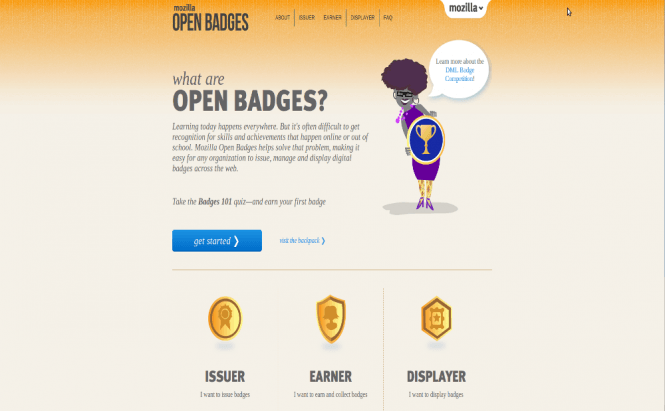 A couple of weeks ago, Mozilla introduced the beta version of one of its actively developing projects â€“ Open Badges, which began in late 2010 and was based on the idea of finding new ways to present user skills and abilities on the Web. With the support of its partners (e.g. the MacArthur Foundation) and impressive collaborators (among them Disney-Pixar, NASA, and Intel), Mozilla has built the Open Badges Infrastructure â€“ a place where badges issuers and developers can get the necessary software, as well as take part in the forum discussions; while the ordinary users can have access to Mozilla's â€œBadges Backpackâ€ to collect badges and manage them. In addition, the displayer account provides an ability to display digital badges on the Web, including social networks.

What's more, the Open Badges beta version has integration with Mozilla Persona project (this one was created to improve the way you sign in to web sites). Those who have registered an account can create stories about what they know and what they have achieved.

To whom it may be useful

First of all, digital badges can help provide a more complete picture about a user, recognizing a more granular set of his/her skills. Imagine a situation when you try to apply for a new job and send a resume to your potential employer. Some details on a resume are often difficult to validate. With digital badges, your employer will be able to click on a given badge to find the information about the badge's issuer, how it was earned, and more. In other words, badges can become a great supplement to the usual resume, turn it into a full story about the user â€“ his knowledge, skills, experience, even about his interests and some personal qualities â€“ without demanding too many typewritten pages. In addition, employers can establish which badges suit the job-relevant skills and which don't.

The Open Badge Infrastructure can be very attractive for businessmen who aim to promote their brands, for teachers extending the value of their students' learning experiences, and for enthusiasts who want to create a new community, to name but a few.

The Project is still under development and everyone can take part in the process of creating new badges. Mozilla provides a good platform which developers can join to get access to all the specifications, tools and services, as well as discuss with other members all the details related to the Open Badges development problems. 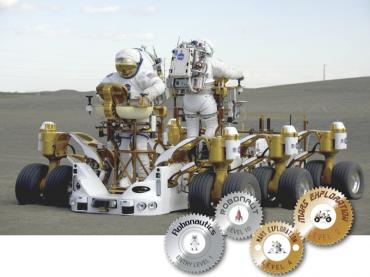 For what purposes would you have to use the Open Badges service?

Previous story To Be in Time Next story Mario: Still Alive

I'm not sure that it will be popular among users. To tell the truth I can hardly understand the real purpose of these badges.

I think people can develop a special code of badges for skills pointed in CV. Yes, of course, it is not reliable but it's illustrative so employers won't need to waste time on looking intently at your CV to understand whether a potential worker indicates the skill needed. If you have a badge, then you'll be asked for an interview. It'll be something like a precondition for a further talk.

Which automatically relegates evaluation of your personal skills, abilities and achievements to mere automated checking of whether there is or there is no badge.
Moreover, we all know that the formal absence of some certificates, badges or what-not doesn't automatically imply that you'll do worse in this or that job. Look at Stevie Jobs: that guy didn't graduate even, which would automatically excluded him from the candidates' list for most of the jobs today.
Better headhunting doesn't mean automated sorting out of badges or some other similar stuff, it means the ability to spot the right person through the CV usual nonsense.

Could you explain how NASA participates??

NASA has elaborated some robotics badges to award students of NASA Office of Education. Please consider this link: http://www.dmlcompetition.net/Competition/4/badges-projects.php?id=2247

I don't know, I don't think the thing will find much recognition. Farming badges can be as much of a cheat as heaping loads of nonsense in your CV. The only way to prove whether someone's job skills are okay is to have a personal talk with them at an interview or give them some challenging test. And I'd give much more credit to the previous job experience, mentioned in a CV, rather than rely on a bunch of badges on a Mozilla site. A trolglodyte am I...