Microsoft's HoloLens will arrive to developers within a year 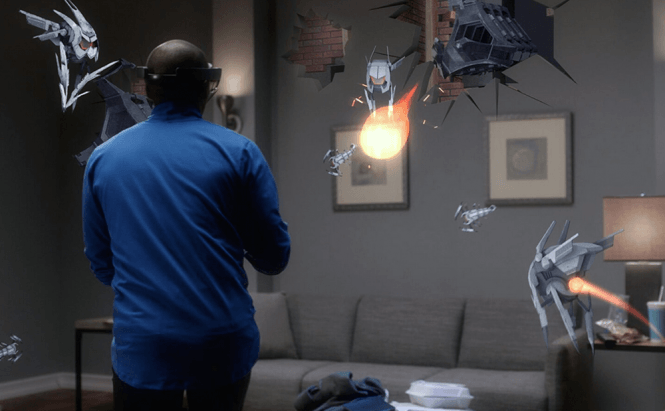 Microsoft's HoloLens will arrive to developers within a year

I think most of you are already familiar with Microsoft's HoloLens project, but in case you're not, it's an augment reality headset which will allow you some really cool stuff like playing Minecraft in your entire room, visit exotic locations, work and even collaborate with others. When first presented, the device looked really exciting but, at the time, Microsoft was very vague about when a working, marketable version of the product will roll out. The company simply stated that it will come within "the Windows 10 time frame".

In a recent interview for the BBC, Microsoft's CEO Satya Nadella has shed some light on the matter by officially announcing that the HoloLens will be made available for developers "within the next year." While this isn't the most specific answer we could get, it's still better than a 10-year period we were originally given. However, it seems that unlike all of the other companies in the VR / AR game, Microsoft is prioritizing utility over entertainment with its headset. What this means is that the IT giant will first launch a version of HoloLens for developers and business customers and it will take a while longer until a headset for gaming and recreational use will arrive.

Don't get me wrong, this doesn't mean that the Redmond-based company isn't interested in the gaming aspect, as Mr. Nadella himself admitted that he bought Minecraft specifically for HoloLens. However, most likely because of the current physical limitations of the product, Microsoft has decided to focus on the business-class clients for the time being.

Previous story YouTube for desktops: the update is rolled out Next story Windows 10 updates can stop you from playing pirated games