Microsoft Is Developing Its Own Augmented Reality Headset 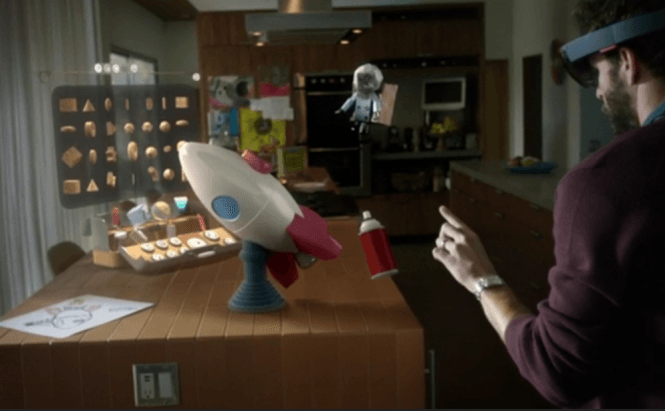 Microsoft Is Developing Its Own Augmented Reality Headset

How long has it been since you saw a Microsoft product and your mind went: "this is awesome!"? This is pretty much what happened at yesterday's Windows 10 event when the IT giant stunned the entire audience with its new augmented reality headset named HoloLens. From what we've seen during the presentation, this new device has a lot of potential as a productivity tool as well as an entertainment gadget.

I know a lot of you would feel inclined to compare it to Google Glass, but that comparison would be very far off. Why? Not only do they operate differently and serve distinctive purposes, but the concept behind them is also dissimilar. While Google launched their project as a wearable (something that you use permanently), Microsoft was content to present the HoloLens as a device that you use for a limited amount of time, whenever you feel like it. What's really great for the Redmond-based company is its timing. Just as Google announced that it's retiring Google Glass from the market, Microsoft swoops in with its own augmented reality headset capitalizing on all the potential customers and developers in search of a new platform.

I wish I could give you some technical details about HoloLens, but Microsoft is being very secretive about it (this time understandably so), so all I know is that device embeds a CPU, GPU, wireless capabilities and a new chip called HPU (Holographic Processing Unit). The gadget has also its own dedicated platform named Windows Holographic. Another major unknown is the launch date for the product, but the IT giant stated that it will be released during the Windows 10 period. If you're curious about what it can do, HoloLens is a 3D imaging and augmented reality device that doesn't only react to your eyesight, but also to your voice and, cooler yet, your gestures (just like Kinect). In the presentation that Microsoft gave at the event, one of their employees built a 3D model of a drone which could have then been sent directly to 3D printer. To be totally honest, it looked a lot like something you would see in Star Trek and not at a real-life event. Other (separated) demonstrations included playing Minecraft on a coffee table, using Skype to transmit the images that you see in real-time or turning the entire room into a hologram that simulated a walk on Mars.

The way you say it makes it seem like MS never made any good hardware, at least not lately. Have you looked at their track record? They make/made some cool stuff (e.g. Surface 3 Pro), and some simple but just really good peripherals (their trackball is still being sold for big bucks on eBay, and they have/had some of the best ergonomic keyboards).

All things aside, this is looking so awesome.
This thing vaguely reminds me of the Castar, but not totally.