Google has presented a new product - ChromeVox - on the 27th Annual International Technology and Persons with Disabilities Conference that was being... 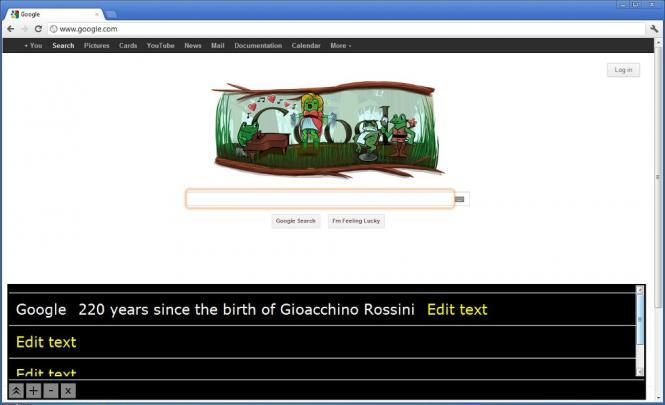 Google has presented a new product - ChromeVox - on the 27th Annual International Technology and Persons with Disabilities Conference that was being held in San Diego February 27 - March 3. Aptly enough, the new product is specifically designed for people with visual disabilities.

In its blog, Google goes into detail about a study conducted earlier and speculates on who may need this program, and how it can help people with disabilities. According to that study, almost 90% of blind people regularly use a computer or a smartphone to contact their friends and relatives; besides that, most of these people use software for educational and work purposes. Google team believes that development of new software for the visually impaired might bring them new employment opportunities, as well as social cohesion and independence when it comes to routine tasks.

The main benefits of ChromeVox ChromeVox is a plug-in that can be obtained with the Chrome browser by all users on Windows, Mac, and ChromeOS. Basically, it is a screen reader which allows the user to switch easily from one web activity to another, as well as interact with most modern websites, including those that utilize W3C ARIA (Access to Rich Internet Applications).

Thanks to keyboard shortcuts, the plug-in makes it possible to explore the web with the help of synthesized speech. What is more, the user is able to change the speech rate, pitch and volume.

Navigation through the web pages is well thought out. Some simple zooming options allow the user to view a web page at different levels of detail: read texts character by character, or view separate web objects like links, buttons, headers, and so on. In order for the user to perform these tasks, the Magnifier tool should be switched on in the Options menu; the user can also select, whether or not the Focus frame should follow their mouse. Both tools seem to be very easy to use; however, when you set the Magnifier to appear at the top of the page, you may have difficulty accessing some web page elements located in the upper part of the screen. For instance, if you try to enter some words in the Google search bar, the Magnifier's window will prevent you from doing this, and the only solution seems to be moving the Magnifier to the bottom of the screen. Once you have configured the extension's settings and set the shortcut commands for common actions, you can simplify navigation even further by activating the Sticky mode. This allows you to use the ChromeVox keys every time you need them, and you do not have to memorize a large number of commands - which may speed up your work on the Internet.

There are a lot of tips for using ChromeVox described in the Google Chrome documentation; therein, you can find a detailed guide, tutorials, and the full list of keyboard shortcuts for various commands.

Although ChromeVox is still in development and some options, such as compatibility with other desktop screen readers, are not properly implemented yet, the program has already been of the great benefit for visually impaired users, which certainly sparks a great deal of respect toward its developer.

Referenced Windows applications
What purposes do you use browsers' extensions for?

Impaired users are also people and they should have the same opportunities as other people. It's great that Google takes care of them.

For instance, I use one browser's extension called WOT to know which websites people rely on to surf.
By the way, I'm really happy that there's a special program for impaired users.