Free as in Squeeze

When it comes to software, one can't be too sure of the meaning behind the word 'free': since there's no single-word adjective in the English... 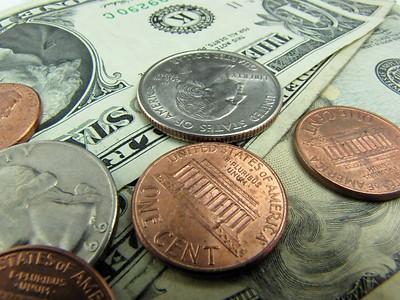 Free as in Squeeze

When it comes to software, one can't be too sure of the meaning behind the word 'free': since there's no single-word adjective in the English language that denotes liberty without implying that something also doesn't cost a penny (which is often quite untrue), software developers have gone to great lengths to draw a distinction between applications that pertain to freeware (those that come at no cost) and those that pertain to free software (those that come with little to no obligations on your part). What we're all witnessing now, however, is surrogacy of free applications of yet another kind: those programs that go out of their way to make you feel bad about not paying a penny for using them, and at the same time make you realise that not only you should not feel free to do whatever you want with them, but that you should feel unable to do anything at all.

These abominations, cleverly disguised as both 'freeware' and 'free software', undermine the whole idea of the word 'free' itself - the very idea that whatever the sense the word is used in, you're in for a treat anyway. What you get as a freebie nowadays most likely turns out, at best, a crippled version of some bigger application - basically, an ad-infested trial version of one. What you get when you're a bit less lucky is your operating system cluttered to the point of being unusable, and an uninstallation message that reads 'No can do. You didn't pay anything - your fault.' So how do we distinguish 'freeware' from freeware (I think we need a separate word to refer to the former without making paragraph-long reservations; how about 'feeware'?) and spare ourselves the bitter tears of discovery? Here's some tips. 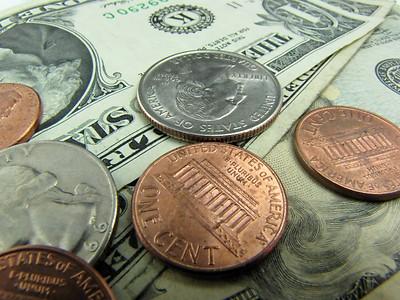 Beware of the word 'free' in the title.

Oddly enough, free programs (those that are genuinely free in either sense of the word) don't usually advertise themselves as such - primarily because they're never designed with the 'free' bit in mind, but rather as something truly useful. The fact that you don't have to pay a single penny to keep using them comes as a kind of a cherry on the cake, so you generally end up looking for a 'Donate' button, feeling very good about yourself and the program. The way feeware (careful here) programs are designed, you're usually supposed to download them just because they're free, then you get a 'Donate' button in your face, and then you dig up something useful, feeling very bad about yourself. 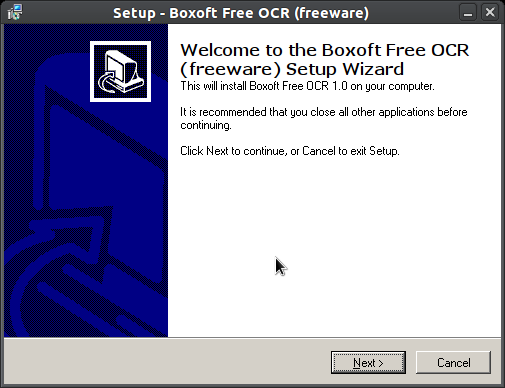 If they squeeze another â€˜freeâ€™ in here, Iâ€™ll throw up

Try not to yield to the initial excitement and be sure to take a look at the other applications the developer offers. If you see a similarly titled non-free program on offer (usually advertised as a 'Pro' edition), just run. Run like mad and never look back. These 'Pro' editions are a foolproof way to see if the free application you're intending to download was artificially minified in any way in order for it to keep up with the price tag (that is, lack thereof). Now look at something you've created yourself, anything, and tell me, which part of it would you agree to cut off if you needed to give it away free of charge?

No, wait, I'm pretty sure that free things aren't supposed to cost someone an arm and a leg.

See what we end up with otherwise? Have a closer look at the pane on the right: believe it or not, it is displaying the recognised text, the very thing you'd download the application for. If you squint hard enough and tilt your head a little bit, you can almost make out an 'A'.

Actually, let's make it even simpler: beware of price tags underneath free applications.

hWait, hwhat? Why would anyone name a price for something that's supposed to be free? 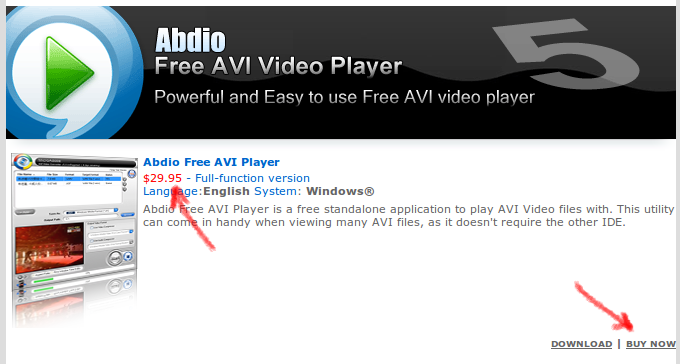 Having browsed a website with dozens of tiny free apps for that specific piece of freeware, you may be sure of one thing: the developers will want you back. Now, one way for them to make sure you will consider revisiting their website and downloading something else would be to make their programs as polished and unobtrusive as possible. It's hard, expensive, time-consuming, and quite unreliable (would you even remember you also saw an MP3 converter in those heaps of freeware if you wanted one?). A much safer way would be to show you this on every launch:

Some free tar with your coffee?

Or, you know, they could just open your web browser and redirect you to their web page each time you clicked on something.

Feeling allergic to the word 'free' already? Don't be. There's still chance you won't discover yourself treated like Ebenezer Scrooge whenever you download something gratis. And even if you do - hey, at least we may have coined a new word just now. No pun intended.

Ooooh, so true. And don't even get me started on 'fee-to-play' (hey, let's coin this too!) games. I'm under the impression that the term 'free-to-play' actually means something like 'We didn't say it was free to enjoy or quit, did we?'
Thank goodness they're still free to pass.