A neural network learned to play Minecraft like humans 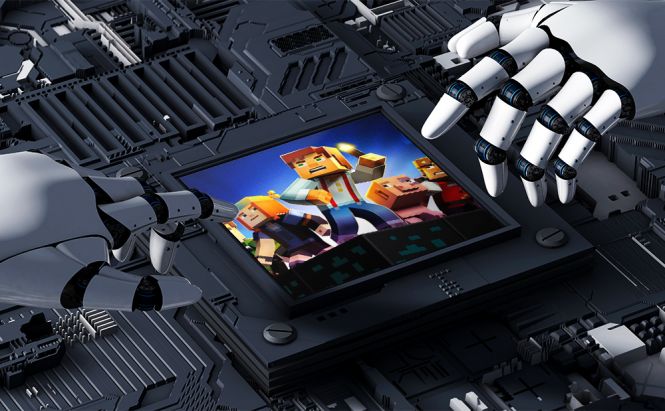 A neural network learned to play Minecraft like humans

OpenAI, the company that created the AI image-making tool called DALL-E, trained a neural network to play Minecraft. The developers claim that artificial intelligence can play the game on its own and has learned to perform various complex tasks.

The team of experts from OpenAI explains in a blog post how they managed to teach the network to play Minecraft. They say that artificial intelligence was trained using the method called Video PreTraining, and it included the analysis of 70,000 hours of Minecraft gameplay footage. The AI model learned to craft diamond tools, which generally takes an experienced human player about 20 minutes.

"Additionally, the model performs other complex skills humans often do in the game, such as swimming, hunting animals for food, and eating that food. It also learned the skill of “pillar jumping”, a common behavior in Minecraft of elevating yourself by repeatedly jumping and placing a block underneath yourself," explains OpenAI in a blog post.

Furthermore, the neural network can act as a companion in the game if a player has no one to play with.