Google Maps and Google Earth are two staggering projects that let us explore the world. Seriously, I'm starting to think that the Google team have... 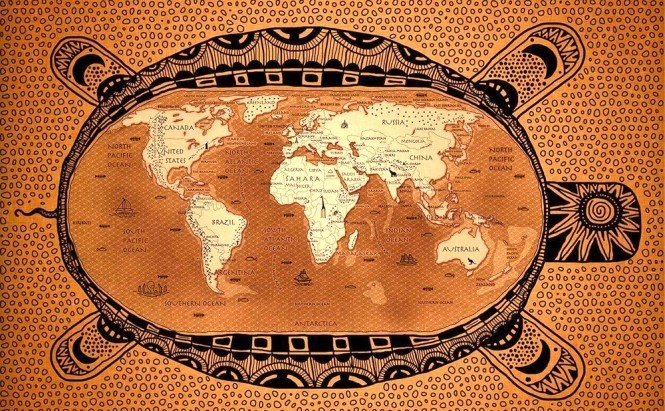 Google Maps and Google Earth are two staggering projects that let us explore the world. Seriously, I'm starting to think that the Google team have something of a gut feeling for big ideas that they could turn into really great projects not only in the sense that they're exciting to take on, but also useful.

It would be quite reasonable to assume that one program should be quite enough for the purpose of mapping; but apparently Google do not share our point of view, offering two distinct applications. Why do they do that? Are those really so different? Let's try to analyze these programs and see whether each of them does have its own unique use or if it's a false impression and Google are just being overly compartmentalizing.

An impressive application released by Google in 2005 to let you ''fly'' around the globe. In bulk, this is exactly what you need to study satellite imagery, terrain, canyons, oceans, 3D buildings, and even galaxies in outer space. The project has a long history behind it (for sure, 8 years of existence on the market isn't that little time) and the application has been updated a lot more than once. This is the primary evidence that Google never forgets about its brainchildren. The first versions of Google Earth were not exactly striking, resembling something like your regular tabletop globe; but with the introduction of features like 3D view, Sky Mode, Street View, Historical Imagery, Space, etc. it's at least become worth trying. So, when you first launch Google Earth, I'm pretty sure you'll be taken aback by its colorful looks: after all, there's a whole Earth before your eyes. But what can you actually do with this beauty? Let me tell you about what I myself did: first, I rotated the model a bit. Then I tried to find my house (by the way, there is even a start-up tip dedicated to doing just that), which didn't leave me all that impressed with the result as it was not quite accurate. After that I clicked on some of the most famous cities to browse them around, and this time Google Earth didn't disappoint: I had 3D buildings, a tour guide, a great number of photos to sift through, navigation with Street View mode, and I even could see the weather. The loading process was not that fast, but it was still worth waiting. Additionally, you can try out the Viewing the Past option to see how certain places have changed over time. Later, when I was done with random searching, I came across several communities that share exact coordinates of fantastic places around the globe - which also was entertaining in its own right. Also, don't forget to switch between Earth, Sky, Mars, and Moon models. Believe me, there is much to explore over there as well. This web mapping application was launched 8 years ago, and it offers street maps, navigation and route planning (for traveling on foot, by car, bike, or public transport), and an urban business locator for numerous countries around the world. Actually almost all smartphones and tablets have Google Maps already integrated in them. Users can search for locations and initiate navigation by voice, as well as get traffic info, and use Street and Satellite views. Well, let's take a closer look. The maps themselves look quite accurate. Without much trouble you'll be able to find any place you want, be it an obscure city or a tiny landmark, just whatever you want. Then you can travel around lots of places using the Street View mode. Also, try the Compass mode, which allows you to have a look around (a very useful feature if you get lost), get familiar with descriptions of landmarks, enjoy photos shared by other users, or add your own, and look through the info about local restaurants, bars, etc. Planning a route from London to Manchester

All of this sounds great, but to my mind the route planner takes the crown as one of the most useful features the application has to offer. This option can help you easily think out your future route no matter the means of traveling you are going to choose. Moreover, you don't need to worry if you get lost, the application will help you out.

So after looking at the main features of Google Maps and Google Earth we can see that these two projects pursue different goals. Google Earth lets users get familiar with our Earth and outer space. You see a model of the globe, like those you saw at school, but with a striking difference: you can visit any place, get a short overview of its famous sights, see how it looked in the past, peep under the oceans and lakes, stroll around the cities you have never been to, and walk around the Moon and Mars. It seems that Google Earth is meant to be a perfect application for geography lessons or for one's personal studies. Meanwhile, Google Maps has a more practical purpose: you can use it both to plan your future journey and get around during one. Thanks to it, you will never ever have to open any paper guide to search for a local pub or a closest bus stop. I am sure that we do actually need both applications: if you still don't feel confident enough to go to an unknown place with Maps, at least you can visit it in Google Earth.

What do you use?
View results

Although I've voted for both apps, I have doubts regarding Google Maps as it's not the pick of perfection and many bugs should be fixed. Sometimes I failed to find a way with it and got lost

But hopes of improvement are not fading

And Google Earth is just nice to broaden horizons.

Thanks for this helpful article) I am planning my journey and you helped me a lot. I think Google Earth is really an educational application. But it should be downloaded while Google Maps is available online. Actually it will be perfect to use both application before tripping.